Ninety-five percent of the nation’s 2.1 million prisoners will eventually be released, but because of a new federal law President Donald Trump signed this January, thousands of federal prisoners will be freed early in the coming years.

Preparing them to succeed after incarceration will be critical. Research has found recidivism rates are 43% lower for prisoners who takes classes while incarcerated.
A plan that allows incarcerated people to take classes from state colleges helps lower recidivism and the prison classes often have higher GPAs than the students on the outside.

Prisoners were restricted to correspondence courses until a law passed in 2014 allowing in-person classes. That year, the California Department of Corrections and Rehabilitation reports, the number of successfully completed college classes jumped to 13,301 from the previous year’s 5,725.

By 2017, about 4,500 prisoners were enrolled in community college and universities with tuition paid for by taxpayers through a state financial aid program, up from zero prisoners in 2014.

The success is widespread across the state’s prisons: A 2018 report found 85% of California prisoners are passing their classes, better than the 75% rate of students at community college campuses.

While other states have some prisons that offer in-person education, California is the only state offering classes in nearly every prison, taught by educators from nearby colleges, for credits that can transfer and count toward degrees. 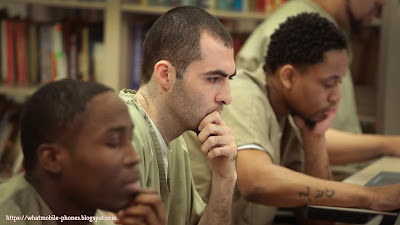 Some prisoners — and their families — pay tuition out of pocket, and others receive funding through state correctional departments. For example, Sinclair is reimbursed by the Ohio Department of Rehabilitation and Corrections an average $1,950 for every student the college educates.

But the 1994 ban led the college to stop offering associate-degree programs to inmates to keep costs down. 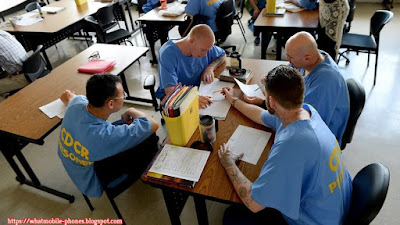 In recent years, a growing number of universities and community colleges have been seeking awareness of their prison education programs and calling for more funding to help inmates earn degrees. And those efforts appear to be working as bipartisan support emerges in Washington for such programs.

Many of the program’s graduates realize their degrees will never lead to a career. Cal State LA’s program serves the prisoners in Lancaster’s Yard A, most of whom are serving life sentences for murder or attempted murder, said Lt. Richard Ochoa of the California Department of Corrections and Rehabilitation. Lim, who oversees the university’s public service efforts, said the goal of the program isn’t just to help inmates adjust when they leave prison; it’s to impact “the generational cycle of incarceration by helping to break that.”