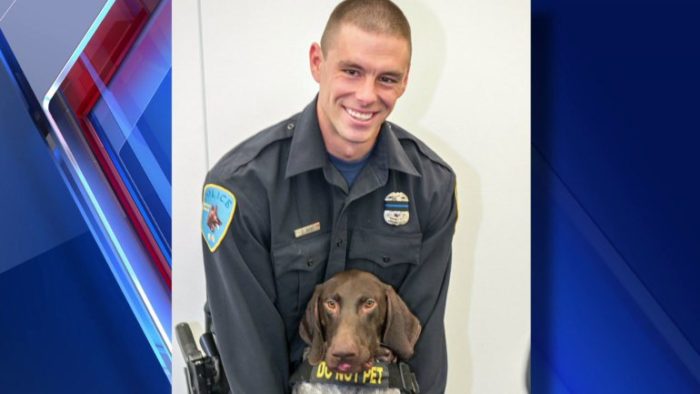 A Wayne State University police has undergone potentially lifesaving surgery after he was shot in the head while on duty, just a few blocks from the college about 6.45pm on Tuesday.

He is in critical condition.

Person of interest, DeAngelo Davis, has been arrested after a manhunt in the area, according to  Info Wars.

JUST IN: Wayne St officer shooting person of interest has been arrested, per @NewsDSpencerFox https://t.co/zzFlmi7BLX pic.twitter.com/NETC98s9DC

According to reports, K-9 unit officer, Collin Rose, was on patrol in a neighborhood near the university, where he attempted to apprehend a suspect. In the process of making the arrest, the suspect shot Officer Rose and escaped.

“The officer was trying to get him to put his arms behind his back,” an eyewitness said. “And I’m assuming he didn’t want to and he just shot him. We heard one shot and we looked, and the officer was down. And he shot him twice.”

This is the fifth officer shot in the line of duty since Sunday, when four officers were shot across the country, with at least two being considered ‘targeted’ ambushes.

President-elect Donald Trump has personally reached out to the family of at least one of these victims, San Antonio Police Department detective Ben Marconi, while President Barack Obama has yet to comment on the recent rash of violence targeting law enforcement.

According to data from the National Law Enforcement Memorial Fund, there has been a 78 percent increase in firearms-related fatalities of police officers, in comparison to the same period in 2015, and one-third of the victims were deliberately targeted by their killers.