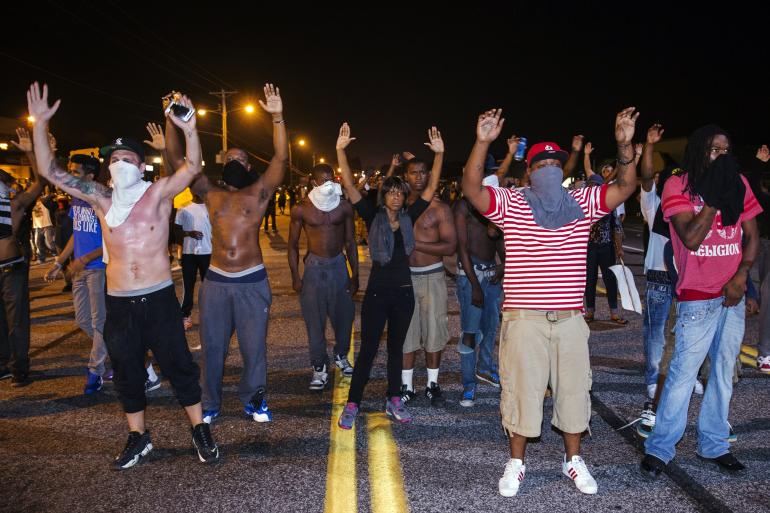 It turns out the ‘protesters’ we were seeing in Ferguson, and possibly those in New York and Baltimore, are not angry citizens as we were meant to believe, they are rent-a-mobs who expected to be paid while they cry “no justice, no peace.”

A group in Missouri has been paying protesters $5,000 a month to generate civil unrest in Ferguson, the troubled St. Louis suburb where black youth Michael Brown was killed by a white police officer last August.

Turns out some of the ‘protesters’ haven’t been paid and are demanding what they were promised. They held a sit-in at the offices of Missourians Organizing for Reform and Empowerment (MORE) and posted a demand letter online.

MORE is the rebranded Missouri branch of the former Association of Community Organizations for Reform Now (ACORN) which filed for bankruptcy in late 2010. That ACORN state chapter reconstituted itself in December 2009 as MORE under orders from ACORN’s national headquarters. President Obama used to work for ACORN and he represented it in court as a lawyer. (See my previous article on MORE.)

MORE has been active in the Ferguson protests and in efforts to free jailed demonstrators so they can continue vandalizing businesses, intimidating perceived adversaries, setting fires, throwing projectiles and human waste at cops, and engaging in the Left’s usual modes of so-called nonviolent protest. MORE believes that protesters should be given a blank check to inflict whatever harm they wish on the community in pursuit of social justice.

The unpaid rent-a-mob operatives complain that MORE stiffed them the same way ACORN did to hired protesters throughout its 40 years of radical left-wing rabble-rousing. The ACORN network’s leadership was always predominantly white while its foot soldiers were mostly non-white, a fact that caused tension within the criminal community organizing outfit.