The FBI is facing new demands to declassify documents relating to the sale of 20% of United States uranium to a Russian company, documents that could implicate not only Hillary Clinton, but Barack Obama, and ‘Russiagate’ witch-hunter Robert Mueller.

While Clinton and crew relentlessly push the idea that the Trump campaign colluded with Russia in the run-up to the 2016 election, and while Special Counsel Robert Mueller searches with a magnifying glass for any sign of this collusion, all parties involved are much quieter when it comes to the Uranium One scandal.

Among a trove of documents relating to the controversial deal, the FBI has identified 37 pages that could shine a light on why then-Secretary of State Hillary Clinton and the Obama administration approved the deal.

The pages were recently added to the agency’s Freedom of Information Act online vault. The only problem – they’re classified.

The reasons given for the classification will sound familiar to anyone following President Trump’s recent struggle to declassify another set of FBI documents: doing so would violate the privacy of individuals involved, would place national security at risk, would disclose secret law enforcement techniques, and would reveal confidential inter-agency communication, among others.

What we do know about Uranium One reads like a Cold War spy thriller.

The debacle began in 2009 when state-owned Russian atomic energy firm Rosatom was in talks to buy part of Canadian-based mining company Uranium One, and with it control over 20 percent of America’s uranium supply.

As the deal was being hashed out, the FBI planted a spy posing as a consultant, businessman William Douglas Campbell, in Rosatom. Campbell uncovered evidence that Rosatom’s main executive in America, Vadim Mikerin, was involved in bribery, extortion, and money laundering, as he sought to gain “improper business advantages” for US firms that worked with a Rosatom-owned firm he chaired.

The FBI compiled Campbell’s evidence, and Mikerin was charged and deported, but not until summer 2018. Back in 2010, the Obama administration approved the sale of Uranium One to Rosatom anyway.

The sale needed to be approved by the Committee on Foreign Investment in the United States (CIFUS), which was chaired by Hillary Clinton. Campbell told three separate Congressional committees that Moscow had hired lobbying firm APCO Worldwide to use its influence with Clinton to negotiate the deal, for which the Clinton Foundation would receive generous kickbacks. 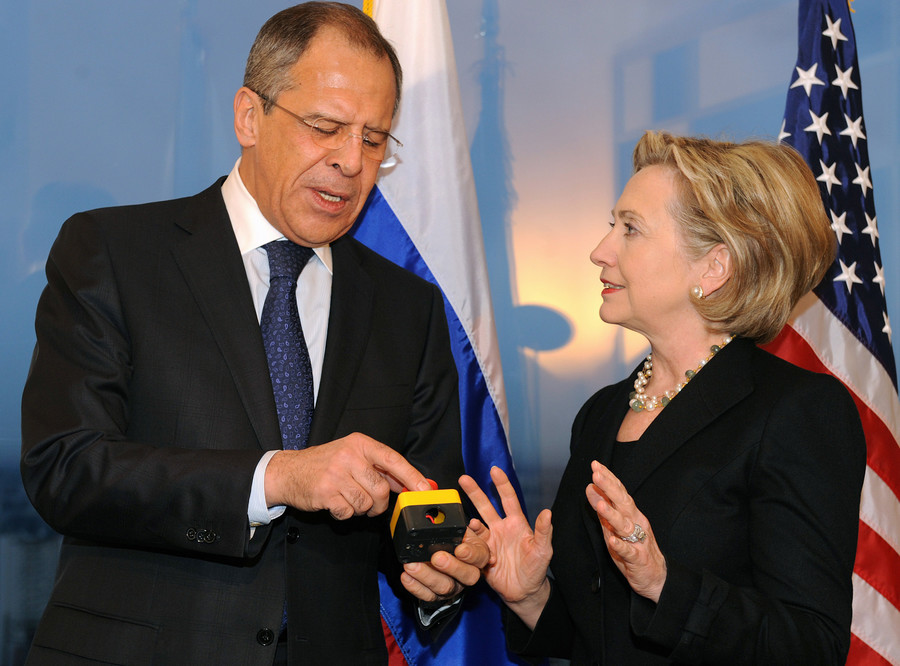 Democrats dismissed the scandal as the stuff of right-wing conspiracy theory, and Clinton herself called accusations of wrongdoing “baloney.” Still, Republicans held that something was amiss, citing Bill Clinton’s $500,000 fee for a speech in Moscow in 2010 as proof the Clintons were peddling influence for Russian money. At the same time, Mrs. Clinton was pushing for a great “reset” in US-Russia relations.

The FBI director at the time? None other than Robert Mueller, currently the Witch-Hunter-in-chief, leading the crusade against the Trump team. What a difference eight years make.

Attorney General Jeff Sessions announced in March that a federal prosecutor from Utah, John Huber, would look into both the Uranium One deal and FBI misconduct in the Clinton email investigation. Trump too seemed eager to get to the bottom of the scandal, and has regularly bashed Clinton for her alleged role in facilitating the sale.

Uranium deal to Russia, with Clinton help and Obama Administration knowledge, is the biggest story that Fake Media doesn't want to follow!

The Justice Department’s probe has largely taken place on the sidelines, has generated few headlines, and has not made its findings, if any, public. Why then, are the FBI’s documents, clearly of critical importance to understanding the whole debacle, still secret?

“Either the United States, eyes wide open, approved giving uranium assets to a corrupt Russia, or the FBI failed to give the evidence of criminality to the policymakers before such a momentous decision,”wrote The Hill’s John Solomon. If the second option were true, the next step would be establishing whether the agency withheld this evidence knowingly, or through simple negligence.

According to Solomon, an investigative reporter who first disclosed Campbell’s involvement in Rosatom as an FBI informant, Campbell maintains that both then-President Obama and then-Director Mueller were briefed by agents about Rosatom’s shady activities, but the sale was allowed to go through because of “politics.”

According to another of Solomon’s sources, “There is definitely material (in the 37 pages) that would be illuminating to the issues that have been raised…somebody should fight to make it public.”