According to the Daily Mail , FBI agents’ reports of interviews documenting that Hillary Clinton’s stinging humiliation of her friend and mentor Vince Foster in front of White House aides triggered his suicide a week later are missing from where they should be filed at the National Archives, Daily Mail Online has learned exclusively.

The FBI found that a week before Vince Foster’s suicide, Hillary held a meeting at the White House with Foster and other top aides during which she berated the lawyer.

On the first visit, archivist David Paynter provided the box of records that he said contained the FBI reports of interviews conducted by FBI agents on Foster’s death.

On a second visit, archivist James Mathis provided what he said were those same documents.

While the box contained dozens of FBI reports concerning Foster’s death – including interviews with the medical examiner, U.S. Park Police officers, and White House aides about the contents of Foster’s office –  the reports on Hillary Clinton’s role in his death were absent.

After filing a Freedom of Information request with the National Archives, Martha Murphy, the archives’ public liaison, reported that she directed a senior archivist to conduct a more thorough review of the relevant FBI files, including those that had not been previously made public in response to FOIA requests.

‘We did not limit ourselves to interviews by the two individuals [FBI agents] you mention.’

While Murphy said the archives searched for ‘the records that would be responsive to your request’ and concluded that they could not be found, when asked for comment, John Valceanu, the archives’ director of communications and marketing, said, ‘We do not agree with your conclusion that the records you requested are missing from the National Archives simply because we were unable to locate any responsive records in response to your request.’

While confirming that the records could not be located, Valceanu held out the possibility that the FBI interviews were not filed where they should have been and were somewhere else in the more than 3,000 boxes of records amounting to 7.5 million pages generated by the Starr investigation.

This is not the first time documents related to the Clintons have apparently vanished from the National Archive.

In March 2009, the archives found that an external hard drive from the Bill Clinton White House containing confidential documents was missing.

When it could not be located, the inspector general’s office announced that it had opened a criminal investigation.

Offering a reward of up to $50,000 for information leading to recovery of the hard drive, the archives asked that tips be reported to the Secret Service. At the time, the archives said it had a backup drive. 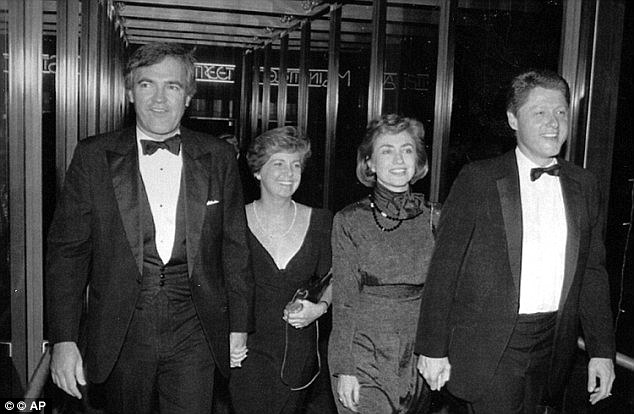 The FBI investigation into Foster’s death was conducted for independent counsel Kenneth W. Starr’s probe of the Clintons’ investments in the Whitewater real estate development.

For unknown reasons, Starr elected to conceal the FBI’s findings in his final report.

But in interviews for my book The First Family Detail: Secret Service Agents Reveal the Hidden Lives of the Presidents, the FBI agents revealed the truth about Foster’s death on July 20, 1993 when he shot himself at Fort Marcy Park along the Potomac River.

In interviewing Clinton White House aides and Foster’s friends and family, the FBI found that a week before Foster’s death, Hillary held a meeting at the White House with Foster and other top aides to discuss her proposed health care legislation.

Hillary angrily disagreed with a legal objection Foster raised at the meeting and ridiculed him in front of his peers, former FBI agent Coy Copeland and former FBI supervisory agent Jim Clemente told me. Copeland was Starr’s senior investigator and read the reports of other agents working for Starr.

Foster committed suicide on July 20, 1993 in Ft. Marcy Park along the Potomac River by placing a .38 caliber revolver in his mouth and pulling the trigger

During the White House meeting, Hillary continued to humiliate Foster mercilessly, according to both former FBI agents, who spoke about the investigation for the first time.

‘Hillary put him down really, really bad in a pretty good-size meeting,’ Copeland says. ‘She told him he didn’t get the picture, and he would always be a little hick town lawyer who was obviously not ready for the big time.’

Indeed, Hillary went so far as to blame Foster for all the Clintons’ problems and to accuse him of failing them, according to Clemente, who was also assigned by the FBI to the Starr investigation and who probed the circumstances surrounding Foster’s suicide.

‘Foster was profoundly depressed, but Hillary lambasting him was the final straw because she publicly embarrassed him in front of others,’ says Clemente.

‘Hillary blamed him for failed nominations, claimed he had not vetted them properly, and said in front of his White House colleagues, ‘You’re not protecting us’ and ‘You have failed us,’ Clemente says. ‘That was the final blow.’

After the White House meeting, Foster’s behavior changed dramatically, the FBI agents found. Those who knew him said his voice sounded strained, he became withdrawn and preoccupied, and his sense of humor vanished. At times, Foster teared up. He talked of feeling trapped.

On Tuesday, July 13, 1993, while having dinner with his wife Lisa, Foster broke down and began to cry. He said he was considering resigning.

Ken Starr  Starr issued a 38,000-word report, along with a separate psychologist’s report on the factors that contributed to Foster’s suicide. Yet Starr never mentioned the meeting with Hillary. Former FBI supervisory agent Jim Clemente (right) told Ron Kessler Hillary violently disagreed with a legal objection Foster raised at the meeting and ridiculed him in front of his peers

That weekend, Foster and his wife drove to the Eastern Shore of Maryland, where they saw their friends, Michael Cardoza and Webster Hubbell, and their wives.

‘They played tennis, they swam, and they said he sat in a lawn chair, just kind of sat there in the lawn chair,’ Copeland says. ‘They said that just was not Vince. He loved to play tennis, and he was always sociable, but he just sat over in the corner by himself and stared off into space, reading a book.’

Two days later, Foster left the White House parking lot at 1:10 p.m. The precise time when he shot himself could not be pinpointed. After Park Police found his body, they notified the U.S. Secret Service at 8:30 p.m.

Based on what ‘dozens’ of others who had contact with Foster after that meeting told the agents, while Foster was already depressed, ‘The put-down that she gave him in that big meeting just pushed him over the edge,’ Copeland says. ‘It was the final straw that broke the camel’s back.’ 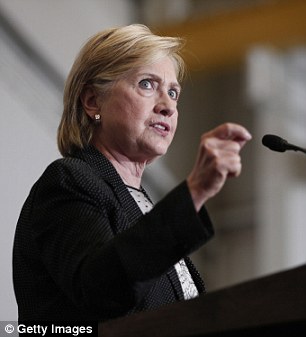 ‘Foster was profoundly depressed, but Hillary lambasting him was the final straw because she publicly embarrassed him in front of others,’ says Clemente.

No one can explain a suicide in rational terms. But the FBI investigation concluded that it was Hillary’s vilification of Foster in front of other White House aides, coming on top of his depression, that triggered his suicide about a week later, Copeland and Clemente both say.

Starr issued a 38,000-word report, along with a separate psychologist’s report on the factors that contributed to Foster’s suicide. Yet Starr never mentioned the meeting with Hillary, leaving out the fact that his own investigation had found that Hillary’s rage had led to her friend’s suicide.

Why Starr chose not to reveal the critical meeting and his own investigators’ findings remains a mystery. Asked why he excluded what led to Foster’s suicide from his report, Starr did not respond. A spokesman for Hillary Clinton had no comment.

Starr’s report recounted how the FBI ran down even the most bizarre theories about Foster’s death and conducted extensive ballistics tests that refuted assertions that Foster had not committed suicide.