In the final days of his presidency, Barack Obama’s administration oversaw the creation of a more than $300,000 climate change “museum” in a government building in Washington, DC, paid for by taxpayers and filled with displays that advance the idea that man-made climate change is a major threat, and Environmental Protection Agency (EPA) regulations are necessary to fight it.

Breitart reports that the content of the climate change exhibit, which opened to the public just days after Obama left office, was produced by the EPA Alumni Association, which compiled and presented it in a timeline-fashion, detailing the milestones of the regulatory agency since it was founded in 1970.

Called a “pet project” of Obama EPA administrator Gina McCarthy in an article about the museum the Washington Post published on Sunday, the museum is tucked into the lobby of the EPA Credit Union in the Ronald Reagan International Trade Center.

The museum does contain facts about the EPA, including that it was established by Republican President Richard Nixon and documents that the agency has put into place countless regulations affecting all aspects of American life, ranging from the cars we drive to how we heat and cool our homes.

But the museum also clearly embodies the ideology of Obama and his EPA, which was responsible for some of the most restrictive regulations — a number of which have now been overturned by President Donald Trump.

The exhibit pays homage to Obama’s signing the United States onto the Paris climate accord, which has since been undone by Trump.

“There is no question that parts of the museum reflect an Obama administration-centric narrative,” the Post reported. “It includes a panel dedicated to the 2009 ‘endangerment finding,’ in which then-EPA administrator Lisa Jackson concluded that the agency was legally obligated to control greenhouse gas emissions linked to climate change because they threatened public health.”

Here are some of the other items on display in the museum:

Ironically, it was a career EPA employee who brought the museum to the attention of the Trump administration, according to the Post.

“I wanted to make sure that they knew it existed,” said Nancy Grantham, a career public affairs employee at EPA, who has toured the exhibit with at least one Trump official. “That’s just how I operate. I don’t like to be surprised, and I assume others don’t like to be, either.”

“Grantham acknowledged that the climate panels probably will be altered and possibly shelved, although she stressed that no final decisions had been made,” the Post reported.

“It should be no surprise that there may be changes,” Grantham said.

There is at least one omission in the current exhibition:

Every past EPA administrator is mentioned in the museum, with one exception: Anne Gorsuch, mother of Supreme Court Justice Neil M. Gorsuch, whose short and tumultuous tenure as President Ronald Reagan’s first EPA administrator was marked by sharp budget cuts, rifts with career EPA employees and a scandal over the mismanagement of the Superfund cleanup program.

And there is one small sign — literally — that has been placed near the entrance of the museum that shows a picture of Trump and EPA administrator Scott Pruitt.

“In the meantime, to make sure the current administration is represented, EPA officials have installed a large poster board in the museum, highlighting the agency’s new ‘back to basics’ agenda,” according to the Post. “It features a picture of Pruitt shaking hands with coal miners at a Pennsylvania mine and promises ‘sensible regulations for economic growth.’” 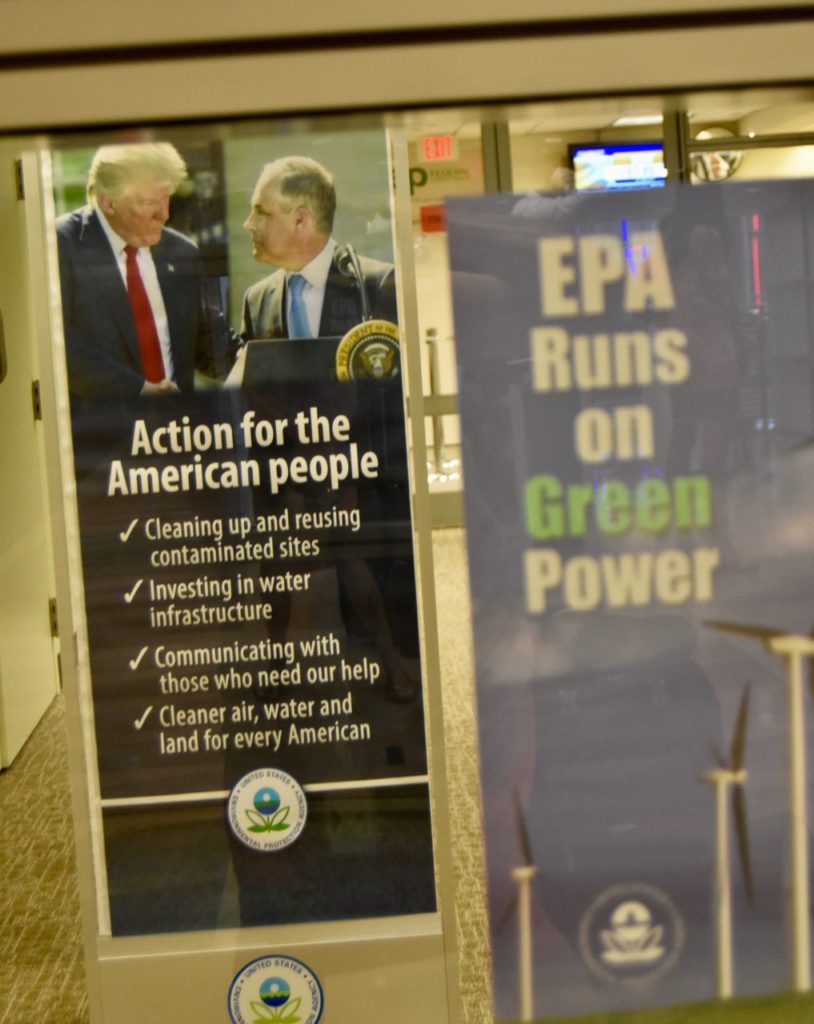 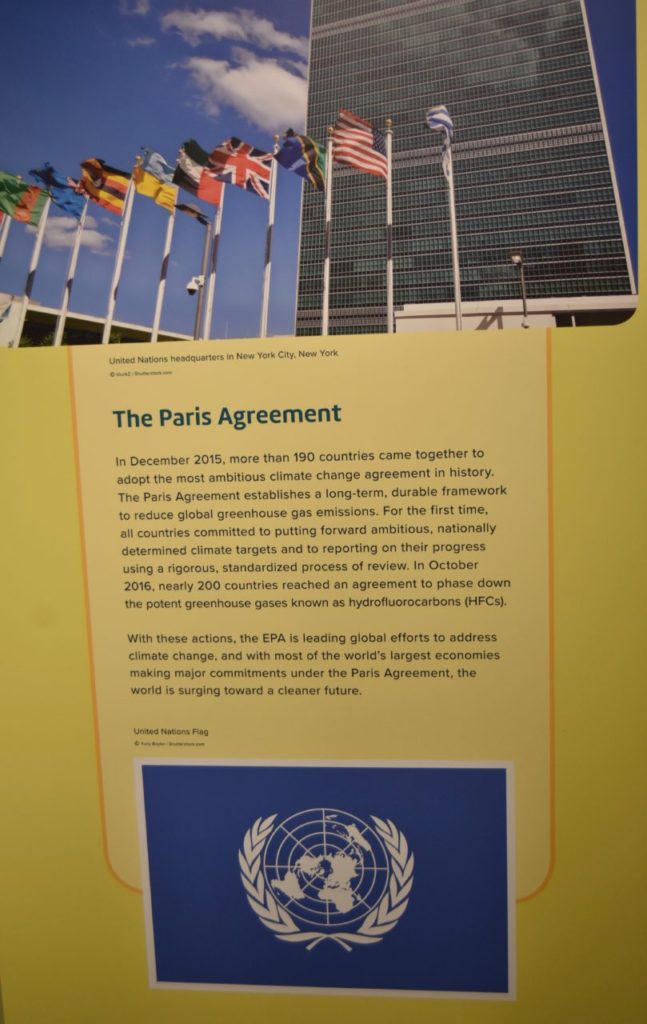 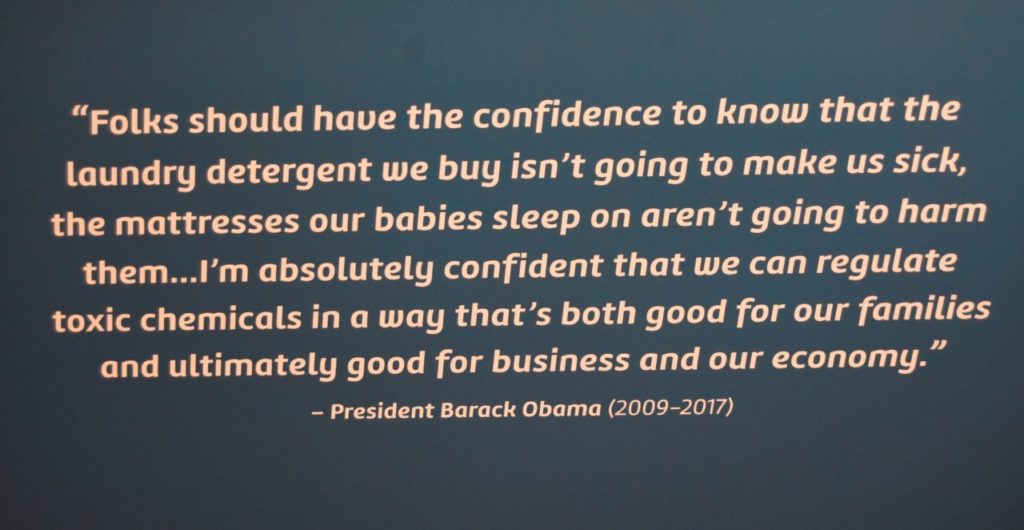