Two days after the Sept. 11, 2012, terrorist attack in Benghazi, Hillary Clinton received an email from confidante and former Bill Clinton White House staffer Sidney Blumenthal punching holes in the administration story that blamed the attack on an anti-Islam YouTube video. 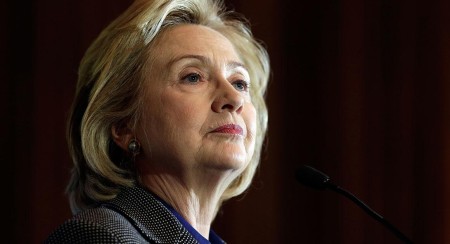 One day earlier, Blumenthal presented Clinton with information from a “sensitive source” supporting the video narrative. But he followed up that correspondence with a contrary report that the attack was carried out by a jihadist group that had planned it at least one month in advance.

Yet Clinton and the Obama administration persisted for weeks in blaming the obscure anti-Islam video as the primary motivation. In her memoir, “Hard Choices,” published last June, Clinton continued to defend the YouTube-video storyline, claiming it was a reflection of what the U.S. intelligence community believed at the time.

The latest information comes as Rep. Trey Gowdy, R-S.C., chairman of the House committee investigating the Benghazi attack, on Tuesday asked Clinton to appear for a private interview regarding her controversial use of a private email account during her tenure as secretary of state.

Gowdy sent a letter to Clinton’s attorney characterizing the former secretary’s “email arrangement with herself” as “highly unusual, if not unprecedented.” He added Clinton’s disclosure that she deleted all emails from her private server “only exacerbates our need to better understand what the secretary did, when she did it and why she did it.”

It appears Hillary Clinton has more explaining, or should we say lying to do.