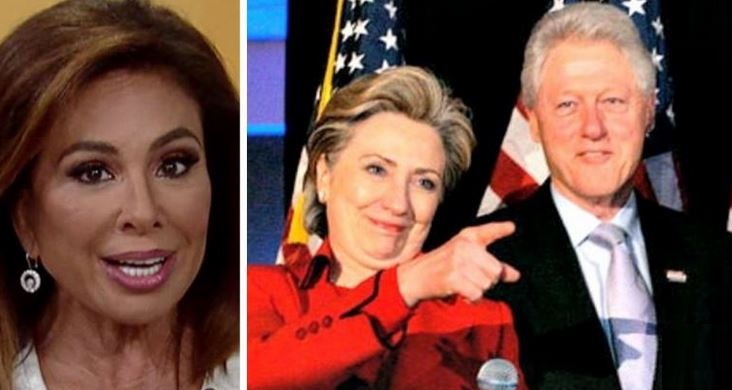 She was asked on Fox and Friends who reported that her reaction to a new report that Clinton’s former chief of staff, Cheryl Mills, went to New York in 2012 to interview job candidates for the foundation.

She argued that people who paid the Clintons via the foundation were given access and favors by Clinton’s State Department in a classic “pay-to-play” scheme.

“The foundation is nothing more than a money laundering operation that was used as a slush fund. It is not a charitable foundation.

No charitable foundation has only 10 percent that goes to charity,” said Pirro, adding that Mills and Huma Abedin were tasked with protecting the organization.

Pirro said this was “illegal” activity, but the media overall is more worried about things like Donald Trump’s comment that Barack Obama and Clinton “founded ISIS.”

Pirro believes that the whole point of Clinton’s private email server was to protect these dealings from disclosure.