Meghan McCain and Joy Behar got into a spirited argument over the magnitude of President Trump’s reelection rally.

The View co-hosts Meghan McCain and Joy Behar have a long history of getting into heated arguments on the show, especially when politics is involved.

Wednesday McCain and Behar had a screaming match over President Trump’s Orlando reelection campaign rally Tuesday night. While McCain is by no means a Trump fan, she cautioned her co-hosts not to underestimate or belittle the throng of Trump supporters who, as McCain explained, “There were people lining up 40 hours before the event.”

Behar interrupted, “They bussed them in.”

McCain was getting heated up and added, “Don’t belittle the crowd. Don’t belittle the enthusiasm … A lot of people are enthusiastic, and one of my producers were saying, ‘Why do people love him so much?’ It’s not just they love Trump so much. It’s they hate the same things Trump hates. That’s what’s going on.”

Behar said, “Who? Black people, you mean, and immigrants?”

At that point, McCain had raised her voice, telling Bahar that she was trying to explain the dynamics of Trump’s devoted base, saying to Behar, “I’m the sacrificial Republican every day,” Meghan shared before Joy let out an audible grown, which clearly annoyed McCain, “I’m just trying to – don’t feel bad for me bitch. I’m paid to do this. Don’t feel bad for me.”

After the show returned from a timely commercial break, McCain and Behar explained that the two usually used the ‘B’ word as a term of endearment.

Co-host Whoopi Goldberg pointed out that the term was in common usage in past seasons of the show, but was retired since a former co-host was uncomfortable with the word.

“So, you know sometimes we get spirited on this show. We used to say bitch all the time but one of the people that was here used to get upset and then we stopped saying it and now bitch creeped in, and they’re good with bitch,” she shared in reference to Joy and Meghan.

McCain then went on to further explain her reason for using the word.

“So, I just want everyone to stop being so precious about our relationship because it’s almost 2020 and women can debate on TV in a spirited way without it being personal and I know this is a big shock but we get along backstage.”

Behar promptly backed McCain up saying, “We’re both pugilistic, and so we’re fine.”

“I’m very straight in what I believe, and so is she, so we’re going to fight,” Behar said. “I don’t care if you call me a bitch.”

McCain also pointed out that she wouldn’t have called Behar a bitch if she wasn’t comfortable with it.

“You guys can call me bitch all day long,” McCain told the audience.

Not everyone agrees with the casual usage of the word, however, and co-host Sunni Hostin reminded McCain and Behar of this.

“Well this probably isn’t the show for you if you’re offended easily,” McCain said with Behar adding “They have to watch The Talk.”

Not everyone agrees with the casual usage of the word “bitch,” however, and co-host Sunni Hostin reminded McCain and Behar of this. 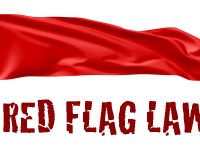