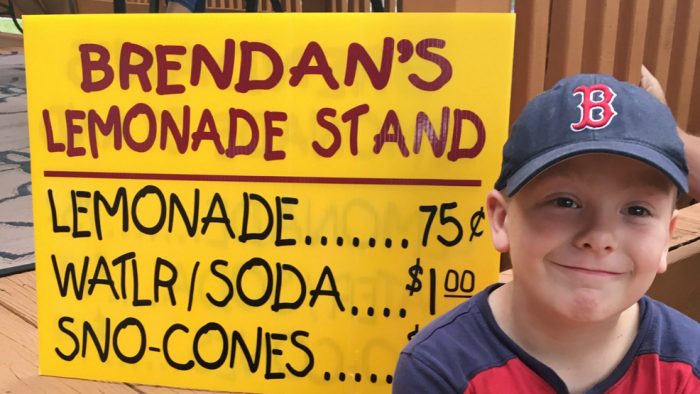 The lemonade Nazi’s strike again. A 7-year-old child was forced to close his lemonade stand by the New York State Health Department,  a decision that stirred up a lot of controversy.

Apparently, the vendors at the nearby county fair were not making enough charging people $7 for a lemonade so complained he was undercutting their price, according to the New York Post.

Young Brendan Mulvaney, was selling lemonade, water and Sno-cones from the porch of his family’s home, which just so happens to be right outside the Saratoga County Fair in upstate New York.

A woman wearing a Health Department T-shirt turned up Friday and shut it down because the family didn’t have a permit, Fox News reported.

Brendan Mulvaney makes a mean lemonade – and at a bargain, too.

“Stir it up and voila! You’ve got lemonade!” he explained.

He’s been selling the summer staple at his stand on his parents’ porch for the last few years. But over the weekend, his father said his stand was shut down by the state.

“Nothing he did was wrong,” said his father, Sean Mulvaney.

A spokesperson for the state health department said an inspector stopped by the stand after receiving complaints from vendors at the Saratoga County Fair across the street. The spokesperson claimed the stand looked “too structured” and “much greater than the average little kid’s spontaneous lemonade stand.”

The Mulvaneys were told by law, they need to pay for a permit for the second grader to operate his stand.

“There’s more important things in life than shutting down a kid’s lemonade stand,” his dad said. 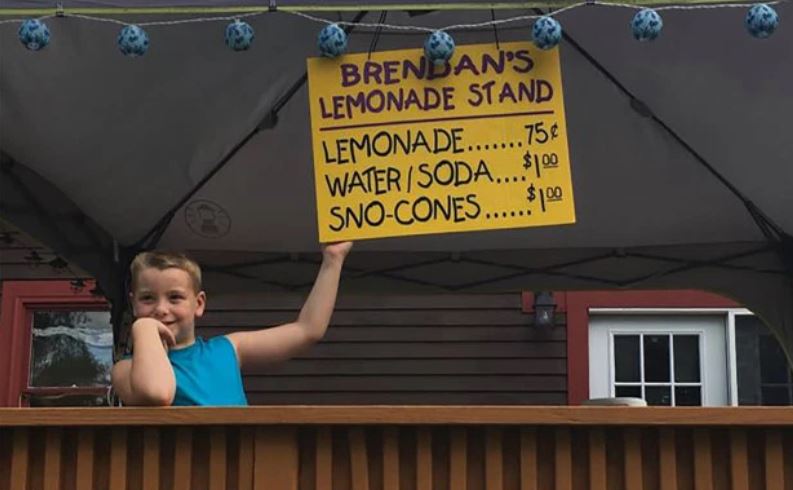 “We’re spending time fighting the real criminals now – the 7-year-olds out in their front yard selling lemonade. Those are not the criminals of New York State,” he said. “These are families who are trying to teach their kids some important lessons.”

Shortly after, the governor said in a statement, “Today I directed the Department of Health to reach a resolution with the Mulvaney family to ensure that Brendan’s Lemonade Stand can continue to operate. If a permit is needed, I will personally pay for any necessary fees. We support Brendan’s entrepreneurial spirit and wish him the best of luck.”

Brendan said working the stand has taught him a lot.

“Be respectful and learning math and stuff,” he said.

His father said they plan to reopen the stand – this time, to raise money for a 12-year-old family friend who’s battling Blount’s disease, which affects the growthplates in her legs.