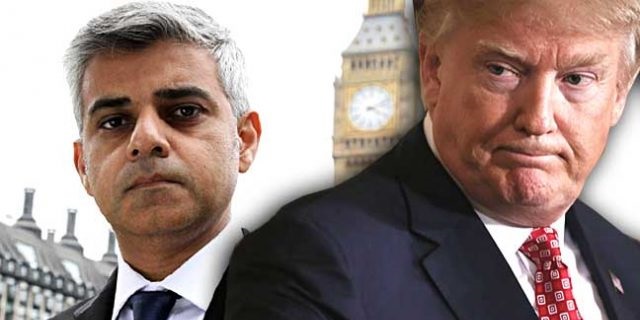 Mayor of London Sadiq Khan has presided over rises in knife crime, gun crime, theft, burglary, rape, homicide, acid attacks and more. And not just by a little bit, either.

Since Sadiq became mayor in 2016, London has emerged as a hot spot for acid attacks with more than half of incidents taking place in the capital. The number of cases more than doubled from less than 200 in 2014 to 431 in 2016, with Scotland Yard focusing on specific parts of the city.

In 2017, London overtook New York City as one of the most dangerous capital cities in the Western world. The House of Commons recently revealed the UK capital has more acid attacks per capita than any other city in the world.

Police constables in Sadiq Khan’s London are receiving devices designed for war zones so they can treat acid attack victims on the streets.

And what is Mayor Sadiq Khan doing about the increase of crime under his jurisdiction? He has warned Facebook and Twitter to do more on the issue of “hate speech,” – which he blames President Trump for – or face fines and greater regulation.

Talking to the BBC ahead of the South by Southwest (SXSW) technology festival in Austin, Texas, Khan said that companies must be “chivvied and cajoled to take action.”

“We have evolving economies, which means we should have evolving regulations,” he said. “For too long politicians and policymakers have allowed this revolution to take place around us and we’ve had our heads in the sand.”

He went on to reference German hate speech laws, put in place by Angela Merkel in response to growing resentment at her open-door migration policy, with companies now facing fines up to 50 million euros.

Khan must not be aware that German Chancellor Angela Merkel recently admitted the existence of the growing number of dangerous ‘no-go zones’ throughout her nation “where people are afraid to go”. Merkel is not blaming Facebook and Twitter for the increase of crime in Germany – she is blaming the Muslim migrants, which is where the highest crime areas are.

“I want to work with the tech companies, but you have to be responsible,” he added.

Khan also reiterated his opposition to President Donald Trump, claiming that Trump’s decision to retweet a member far-right activist group Britain First had led to increased levels of abuse directed at him.

“If you are the most powerful man in the western world, and you are amplifying messages from far-right groups, Britain First, that has an impact on many people. That group incites hatred.

“President Trump has lots of followers and some of them have shown interest in me,” he said. “I’m a reluctant participant in any ‘verbal fisticuffs’ between the President of the USA and me. But I’ve got a responsibility as the Mayor of the most diverse city in the world to speak up for my residents.”

Khan’s proposals fall in line with his wider approach of cracking down on “hate crimes” while levels of violent crime continue to soar. In recent years, local police have arrested dozens of people under hate crime legislation, usually on suspicion of speaking against radical Islam.

His proposals are also likely to receive approval from the European Union, an organization that he avidly supports, who last week ordered social media companies to delete content it considers “illegal” within an hour of its posting.