The controversy over NFL players kneeling during the National Anthem has dominated the headlines for months. Anyone tuning into a nationally broadcast sporting event, or who has spent time on social media has noticed the growing trend of players kneeling when the announcers say “please stand for the singing of our national anthem.”

It began last year when San Francisco 49ers quarterback Colin Kaepernick announced his decision to sit down or take a knee during the national anthem to call attention to police violence and injustice in black America.

Kaepernick started a movement against police and now there are hundreds of sports players from across the spectrum including children as young as 8 kneeling when the National Anthem plays.

NFL players have been arrested 855 times since 2000. That includes 215 DUI charges, 99 drug charges, 96 domestic violence cases and 71 assaults. It even includes two murders.

But which teams have had their players arrested the most?

The following list was compiled based on stats reported on USA Today, and goes in order from least to most arrests while a player was currently employed by the team. 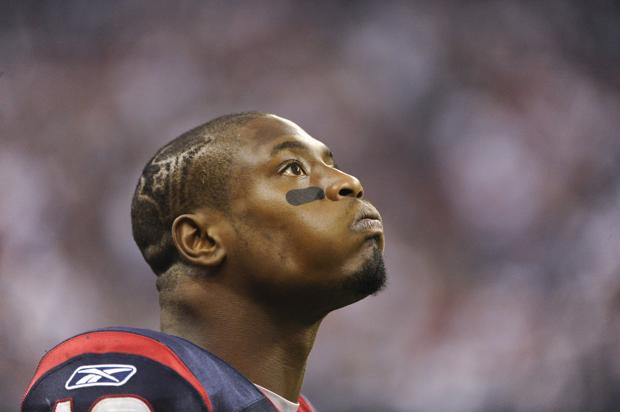 The Texans were founded in 2002, and have overall been pretty good about staying out of trouble compared to the rest of the league. Houston has four DUI charges, including one to Jacoby Jones that he pleaded guilty to. 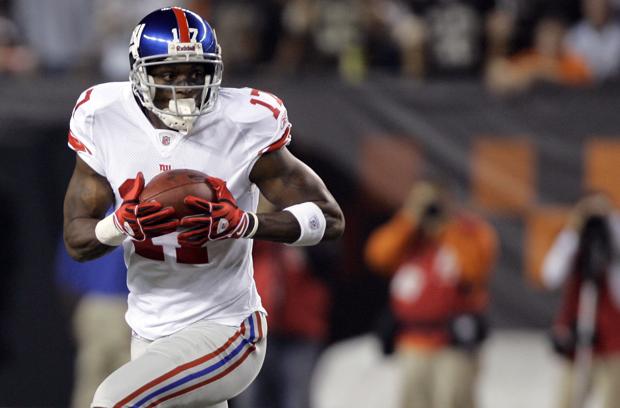 The Giants do not have many arrests, but the crimes they have committed have been serious. Jeremiah Parker being charged with manslaughter and convicted of endangering a child in 2001, which put him in prison for 10 years. Plaxico Burress shot himself in the leg with a pistol he did not have a permit for at a New York Club, which led to two years in prison. And most recently, kicker Josh Brown, who was charged with domestic abuse against his wife. 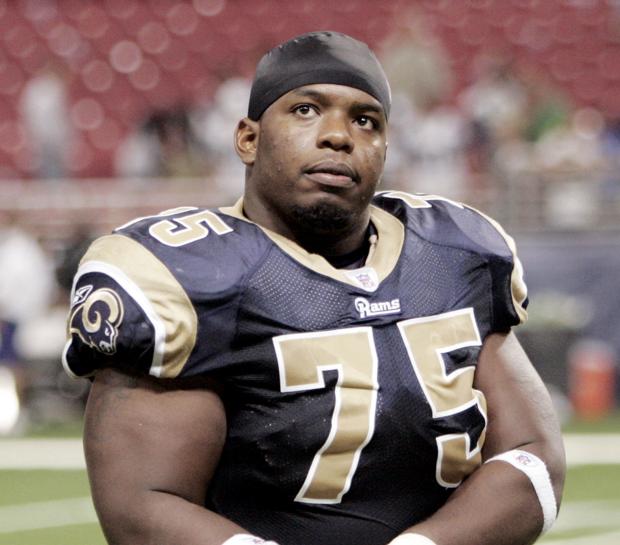 The Rams had 12 arrests while in St. Louis, and five arrests since arriving in Los Angeles in 2016. Among those arrests was a domestic violence charge against offensive guard Claude Terrell, who pleaded guilty and spent 30 days in jail. He was cut that day. 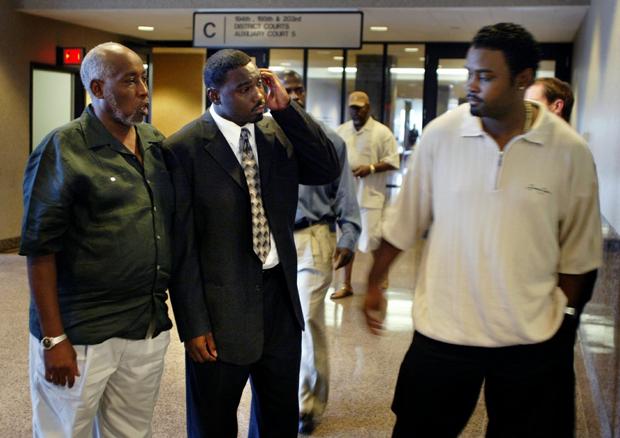 Dez Bryant, Terry Glenn and Joey Galloway are three of the more prominent Cowboys wide receivers to be arrested since 2000. Meanwhile, cornerback Dwayne Goodrich was charged with manslaughter in a hit-and-run accident and sentenced to 7.5 years in jail in 2003. 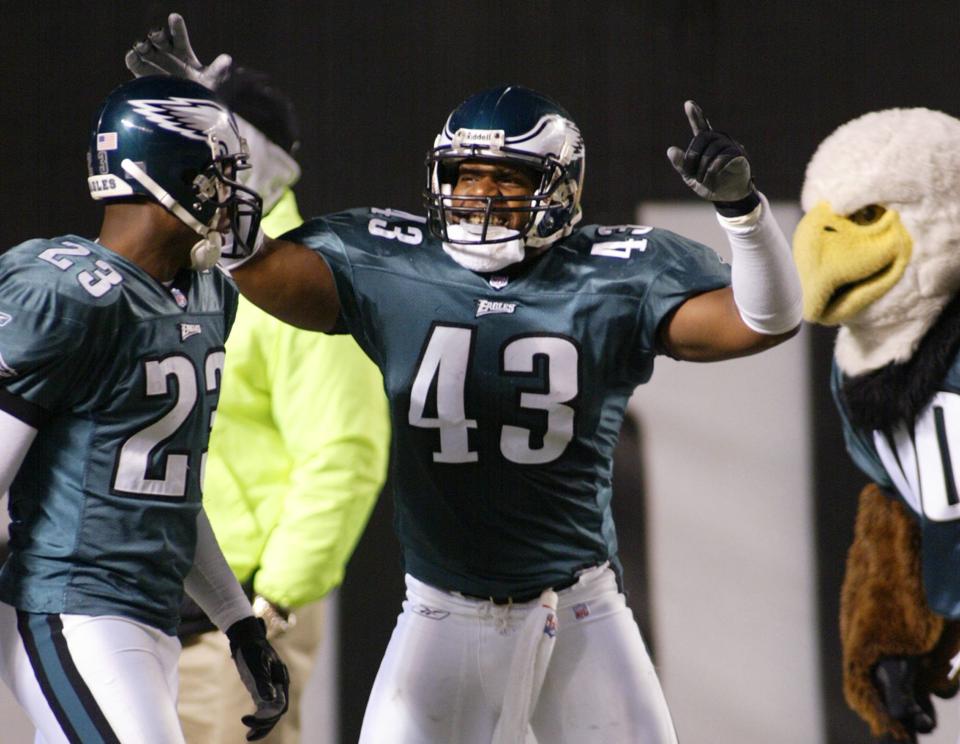 The Eagles have had three animal abuse charges, three assault charges and three drug charges against their team since 2000. Former Eagles safety Damon Moore was charged with animal abuse after abandoning a rottweiler puppy three days after buying it, and was charged with 15 hours of community service and a $2,000 fine. 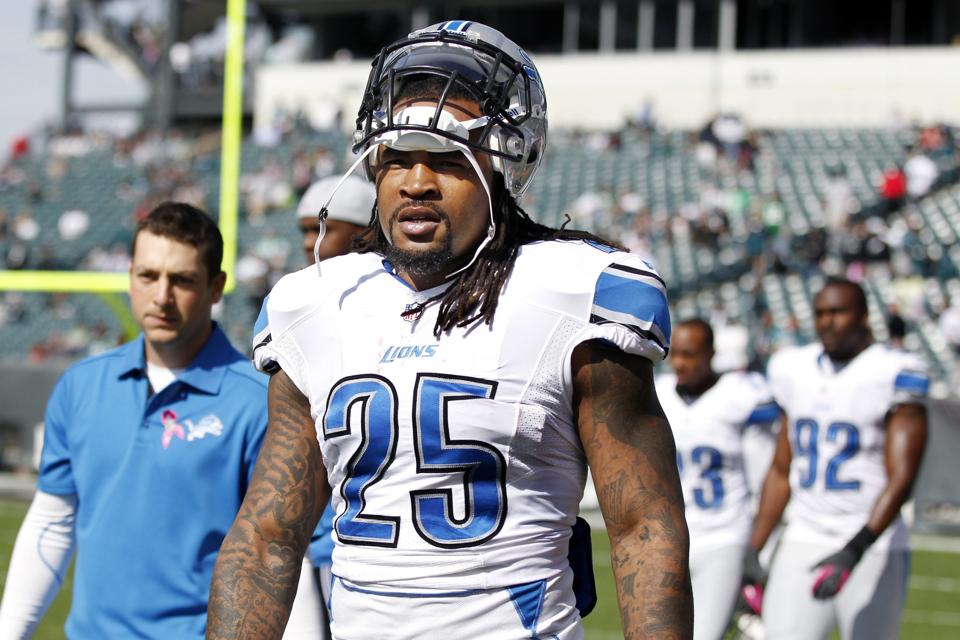 Lions players have been charged with DUIs five times, drug charges four times and domestic violence three times since 2000. Mikel Leshoure, a former Lions running back, was cited for marijuana possession twice in one month in 2012, which resulted in over $1,000 in fines. 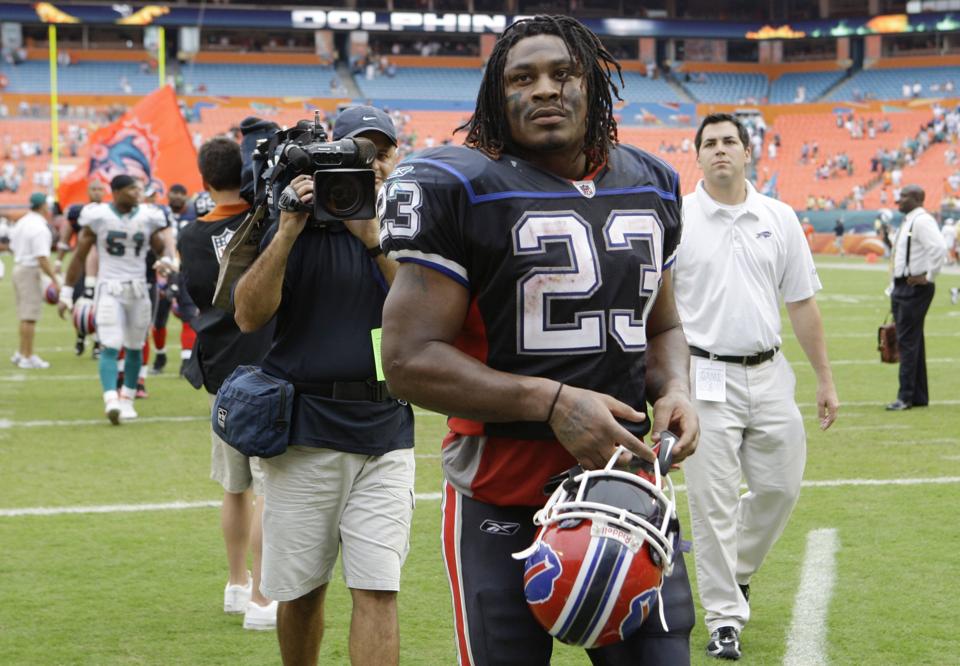 The Bills were charged with four DUIs and three drug-related crimes since 2000. Marshawn Lynch, who started his career in Buffalo, was issued drug, gun and reckless driving charges during his time with the Bills. 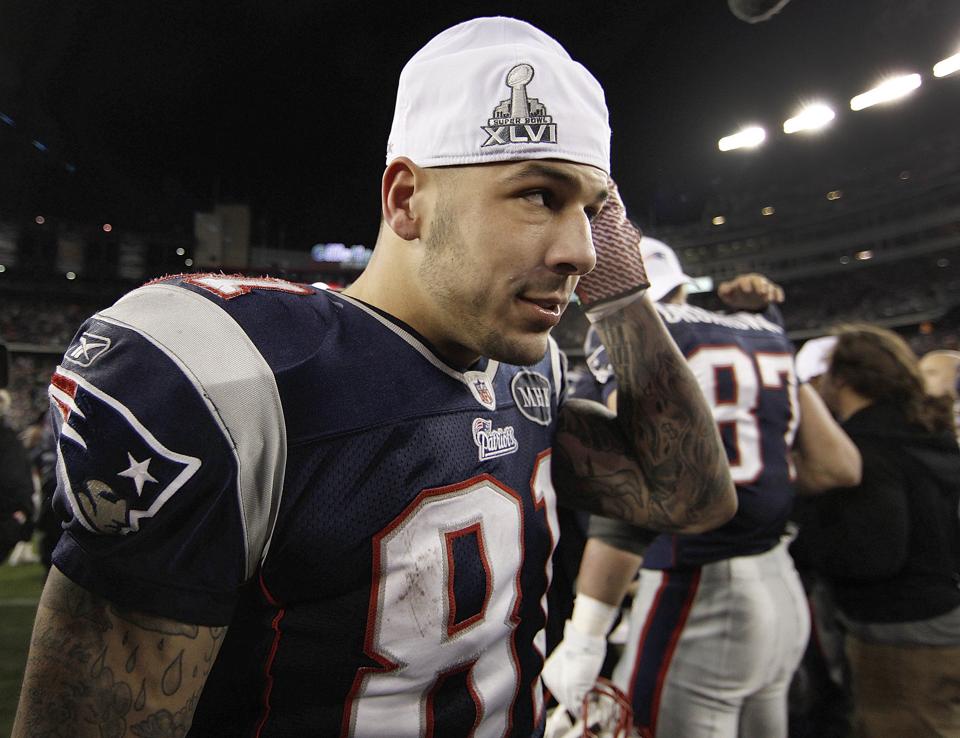 The Patriots are not high up on the list, but they did employ Aaron Hernandez, who was convicted of first-degree murder and sentenced to life in prison. That conviction was recently vacated due to Hernandez’s suicide during the appeals process. The Patriots have had four drug related arrests and four assault charges since 2000. 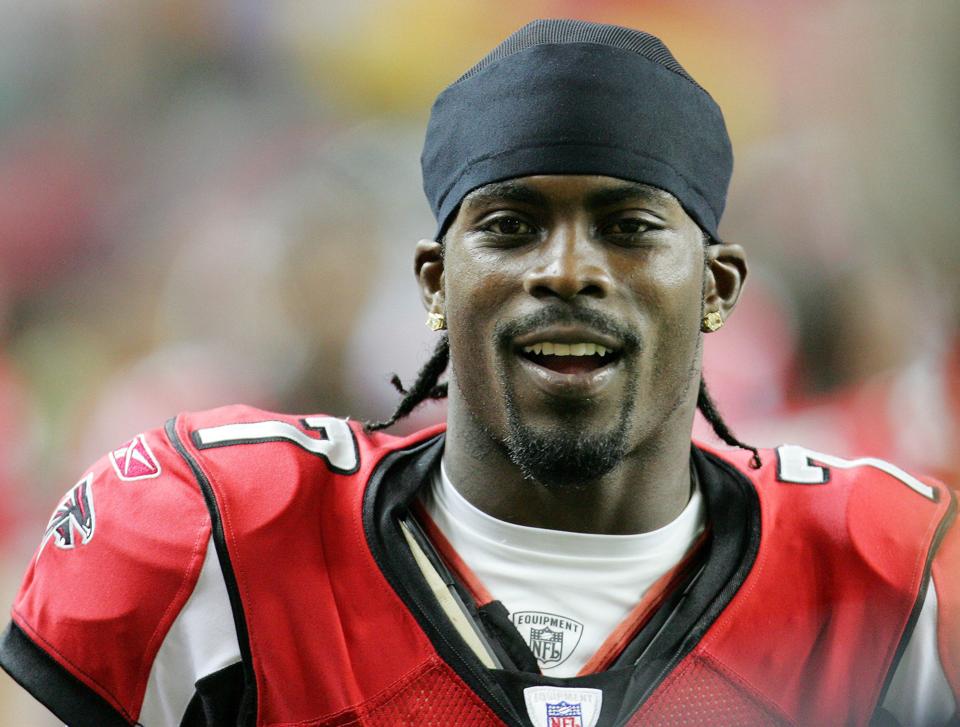 Former Falcons quarterback Michael Vick was arrested twice during his time with the Falcons — once for trespassing and once for the dogfighting charge that put him in jail for 21 months. Vick’s case was one of three charges of animal abuse the Falcons have seen since 2000.

The Raiders have been charged with six DUIs since 2000, including one from kicker Sebastian Janikowski. The former first-round pick was also charged with misdemeanor assault, vandalism and public drunkenness after a fight in a supper club. 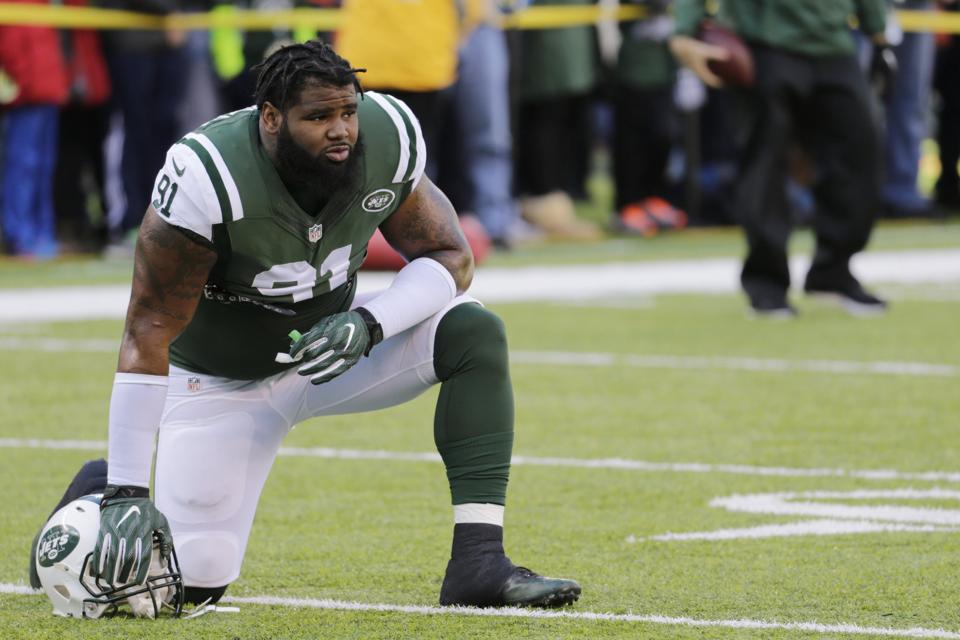 Defensive tackle Sheldon Richardson was arrested in 2015 for driving 143 miles per hour while trying to avoid the police in St. Louis. He also had a 12-year-old and a loaded semi-automatic handgun in the car, which smelled strongly of marijuana. He was charged with resisting arrest. Meanwhile, the Jets’ most common arrests were on drug charges, as they have had four of them since 2000 as a team. 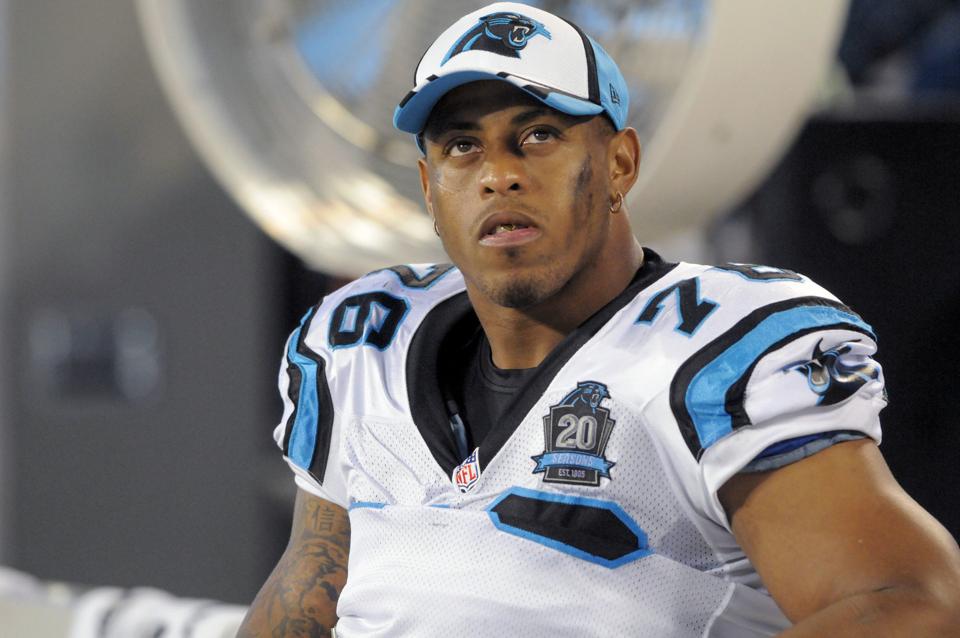 Panthers players have had six DUIs, four assaults, three gun charges, three domestic violence cases and three drug cases since 2000. One of the more prominent cases involved defensive end Greg Hardy, who threw his victim onto a couch covered in guns among other instances of domestic violence. 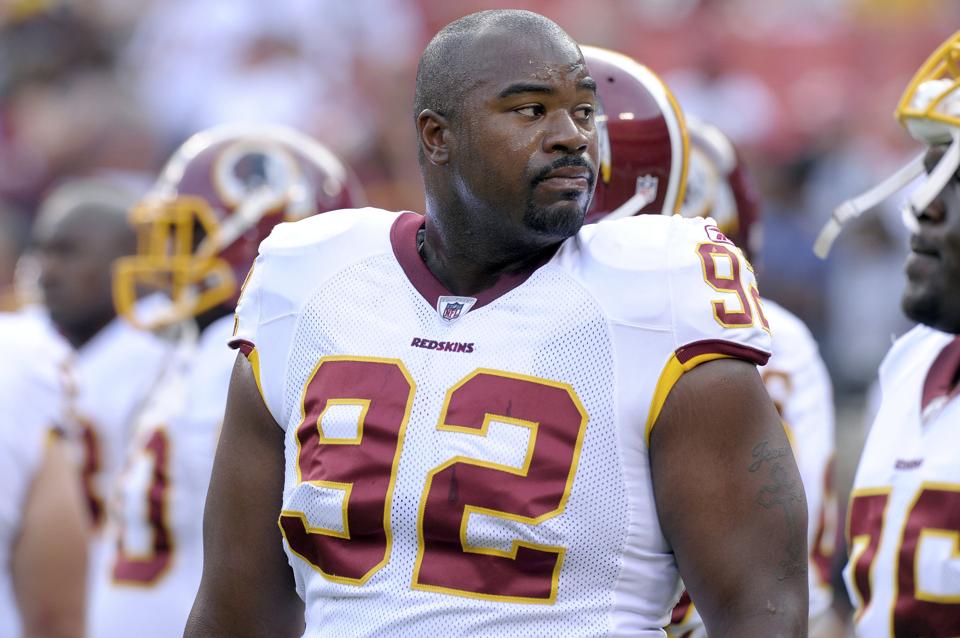 The Redskins’ arrests are mostly driving related, as their playres have been charged with eight DUIs and five other traffic-related crimes since 2000. Albert Haynesworth was arrested three times with the Redskins — once for reckless driving, once for an assault and once for groping a worker in a Washington restaurant. 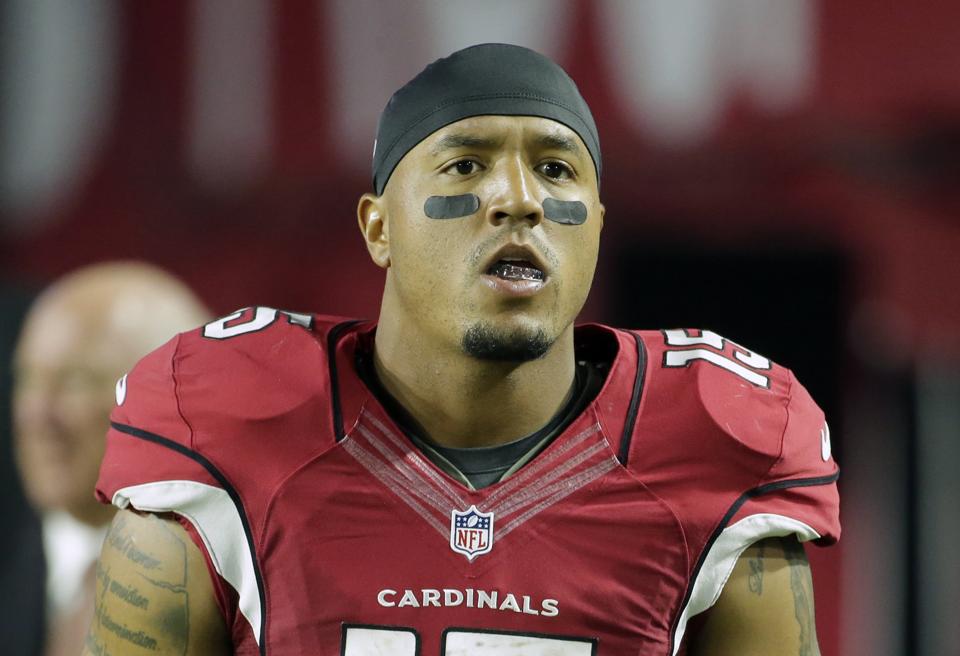 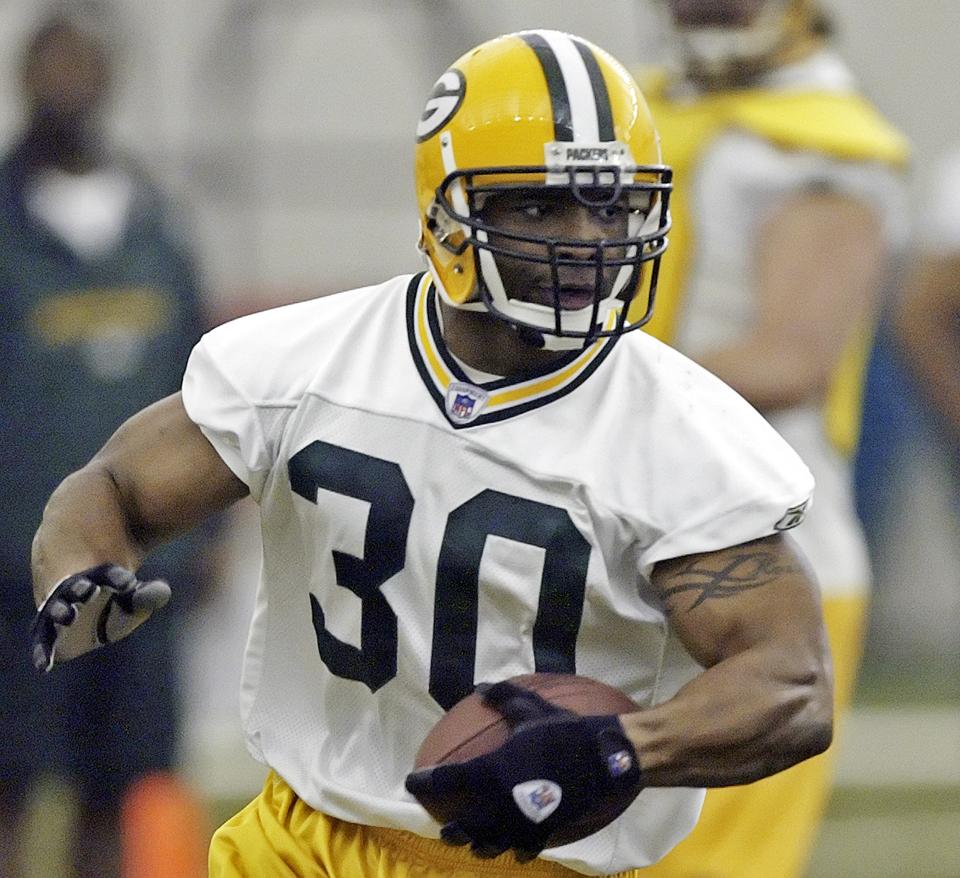 The Packers have had eight drug-related arrests since 2000, including two marijuana arrests since 2015. They also have had three domestic violence cases, including one in which former running back Ahman Green was put in a diversion program, had to do 100 hours of community service and go through violence counseling. 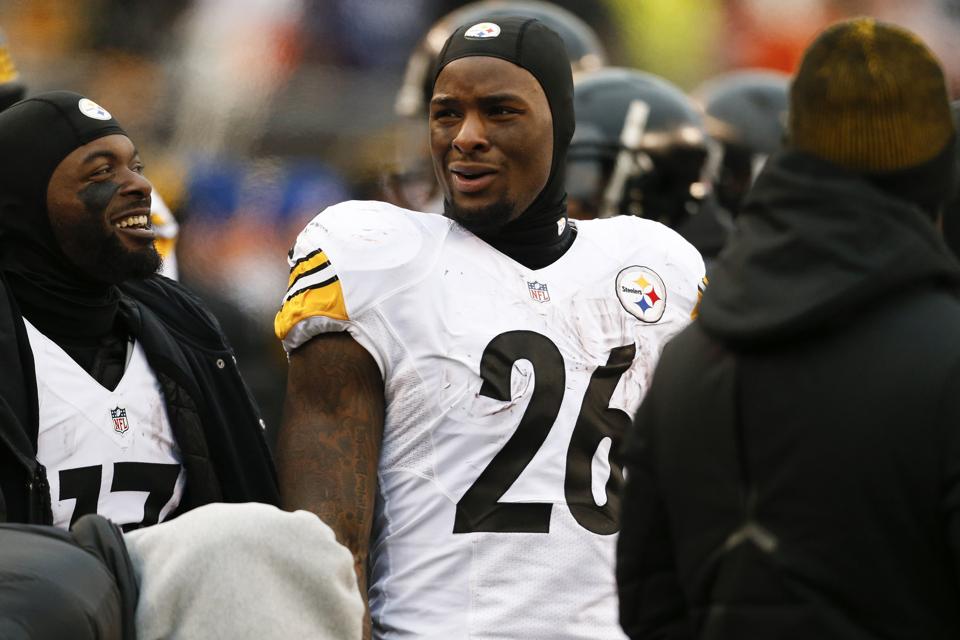 The Steelers actually have more domestic violence (five) and drug (four) arrests than DUI arrests (two). Le’Veon Bell is one of the more prominent Steelers to be arrested in recent years, when he and then-teammate LeGarrette Blount were pulled over possessing a bag with about 20 ounces of marijuana. 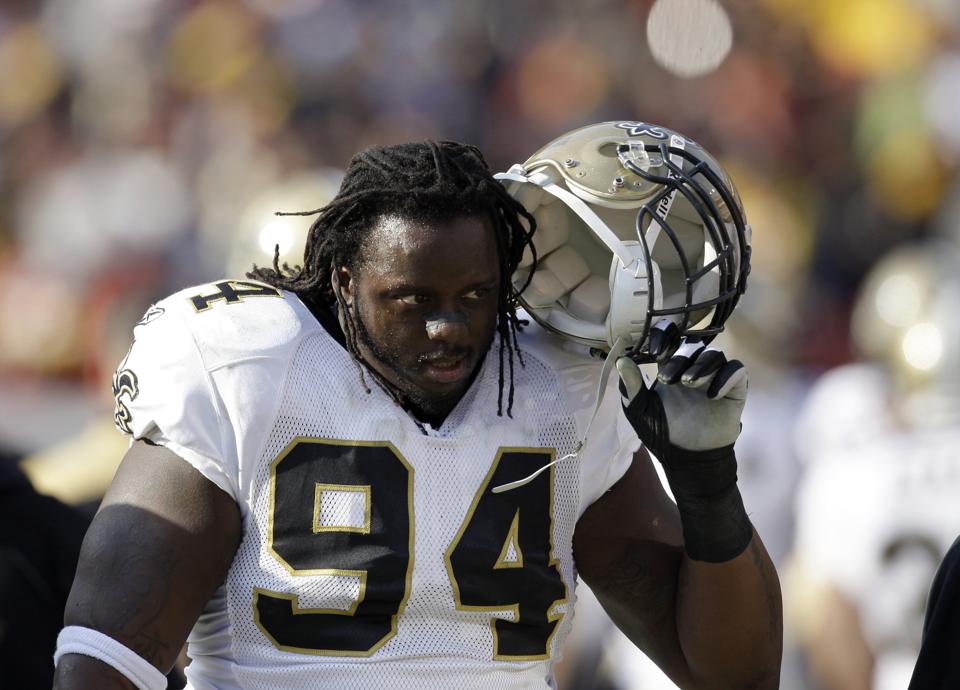 Charles Grant, pictured above, was indicted for manslaughter in connection with a shooting death of a pregnant innocent bystander in Georgia (the charges were later dropped). The Saints also have had seven DUI arrests and five other traffic-related incidents since 2000. 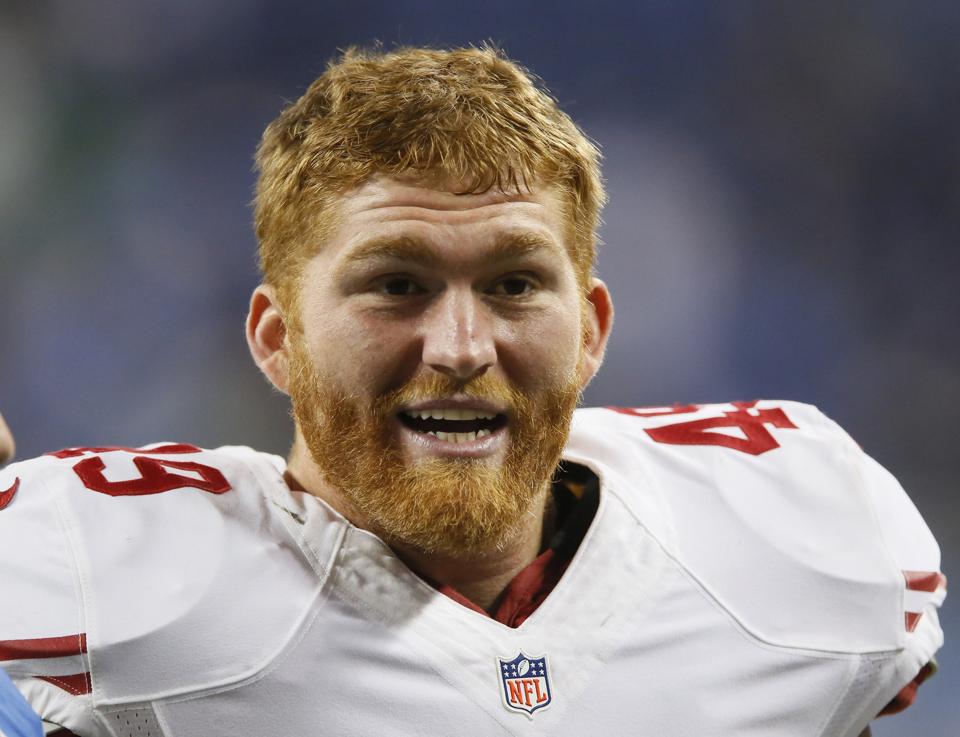 The 49ers have 13 DUI charges since 2000 along with three domestic violence cases. One of those cases involved former fullback Bruce Miller, who later was charged with assault after allegedly assaulting his 70-year-old father in a hotel in San Francisco. 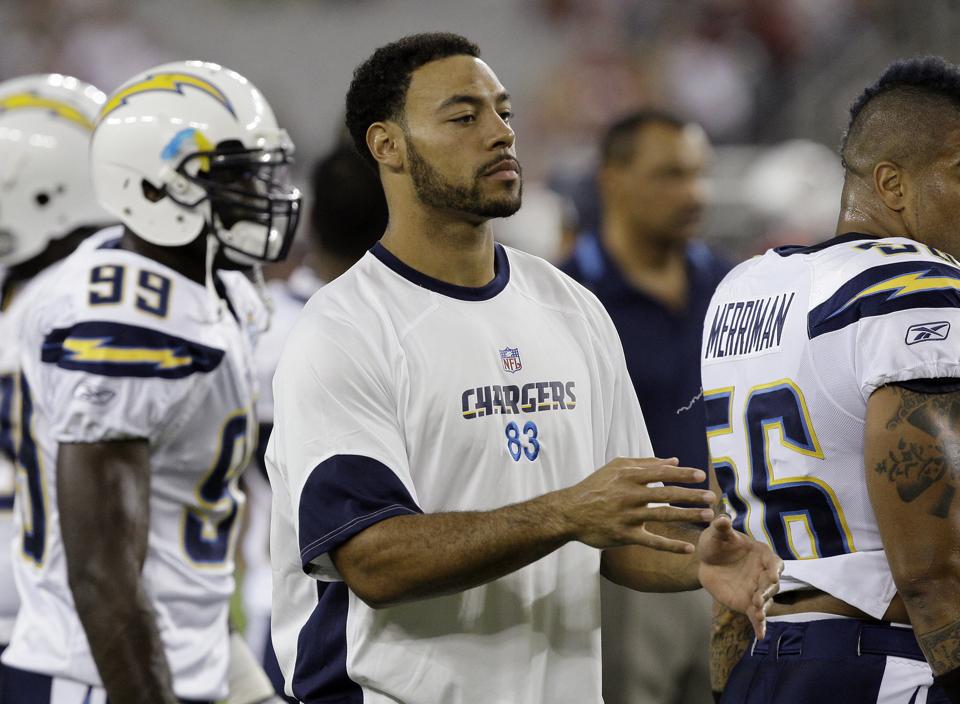 Vincent Jackson, pictured above, was arrested three times with the Chargers, including twice for DUIs. The Chargers have been charged with six assault and battery cases, and have had nine DUI arrests total.

Lofa Tatupu, who was arrested for a DUI during which he had a .155 blood alcohol content, was one of 11 Seahawks players to be charged with a DUI. Seattle has also had six domestic violence instances over that span. 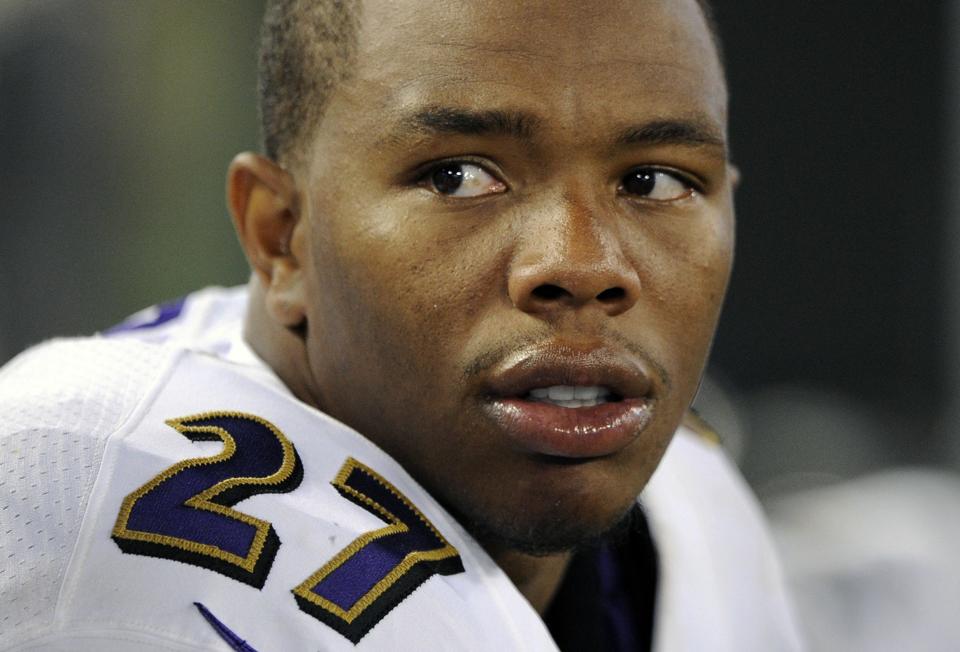 The Ravens have several high-profile arrests since 2000, including Ray Rice’s domestic violence case and Ray Lewis’ murder charge. They also had Terrence Cody, who was indicted on charges of animal cruelty after one of his dogs died. Cody also illegally owned an alligator. The Dolphins have seven domestic violence cases and seven assault and battery cases to go with their eight DUI arrests. They also had Ricky Williams, who was charged with reckless driving after going 126 mph on the highway once. 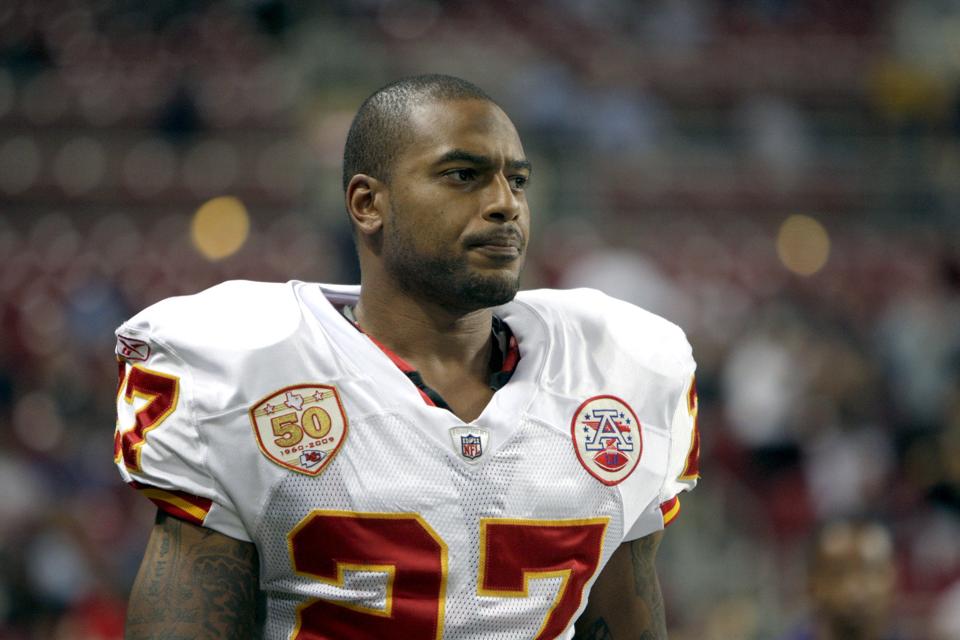 The Chiefs employed Jovan Belcher, who fatally shot his girlfriend 10 times before going to the team’s facility and shooting himself in the head with a gun. They also employed Larry Johnson, who was arrested four times — including twice for domestic disputes. Kansas City has 10 DUI cases and four cases of theft/burglary since 2000. 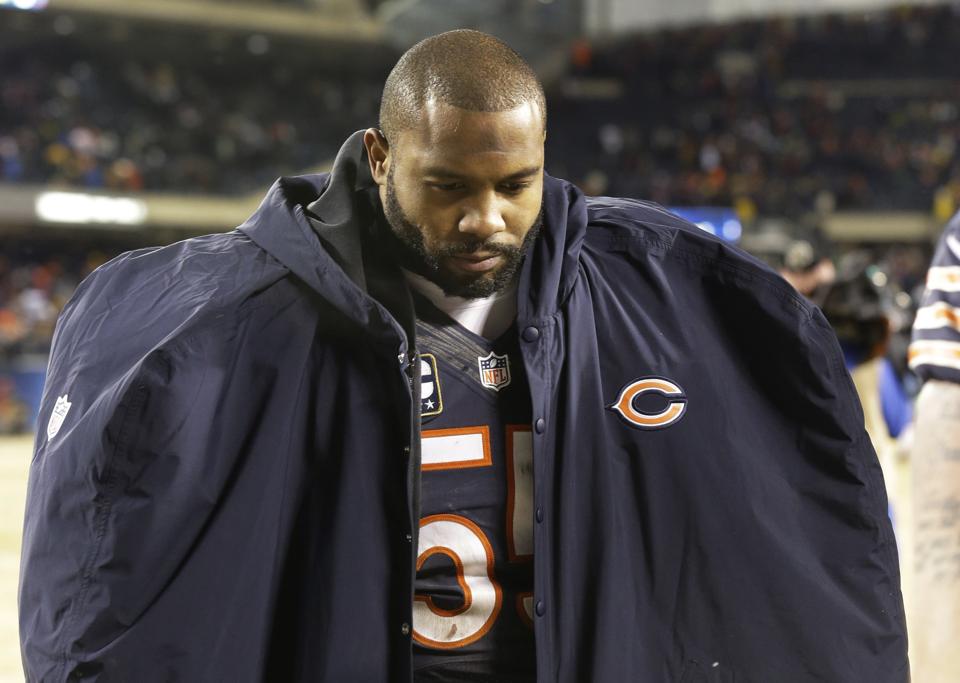 The Bears have had seven assaults and 10 DUIs since 2000. Among those arrests was Lance Briggs, who crashed his Lamborghini into a pole and left the scene of the accident — a crime that he pled guilty to. 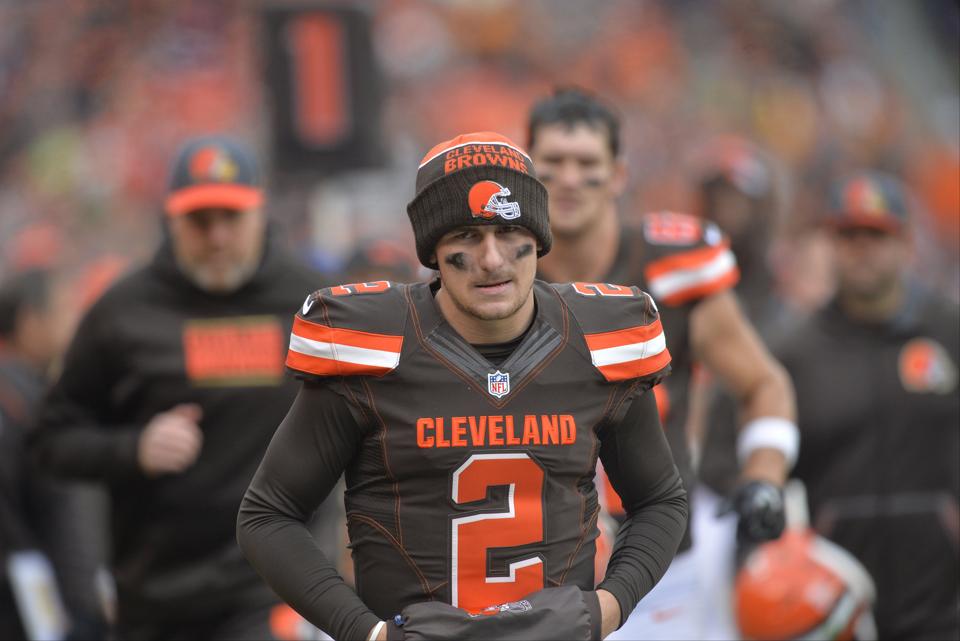 Johnny Manziel recently made the list after he was accused of domestic violence in early 2016. Meanwhile, Donté Stallworth was charged with a DUI manslaughter in 2009, while Ausar Walcott was charged with attempted murder in 2013. The Browns also have six drug charges and five gun charges.

The Jaguars have had four gun charges and five drug charges to go with their seven DUIs. Among those drug charges was wide receiver Matt Jones, who was spotted cutting up cocaine in his car by police in 2008. 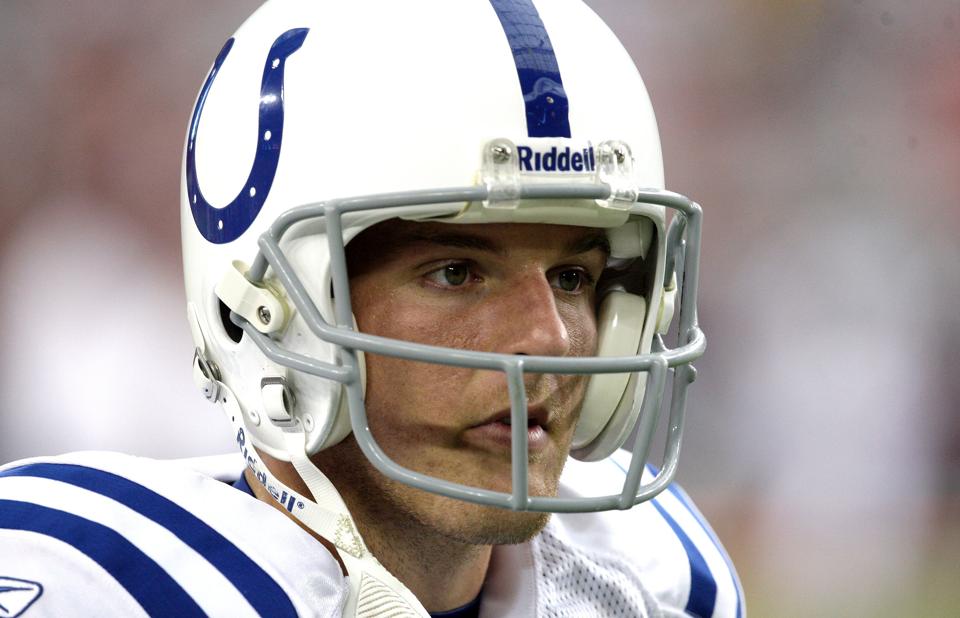 The Colts have had a number of alcohol-related arrests, including nine DUIs and six other alcohol-related incidents. One of those incidents involved Colts longtime punter Pat McAfee, who had a blood-alcohol content of .15, went for a late-night swim in a canal and told officers, “I am drunk.” 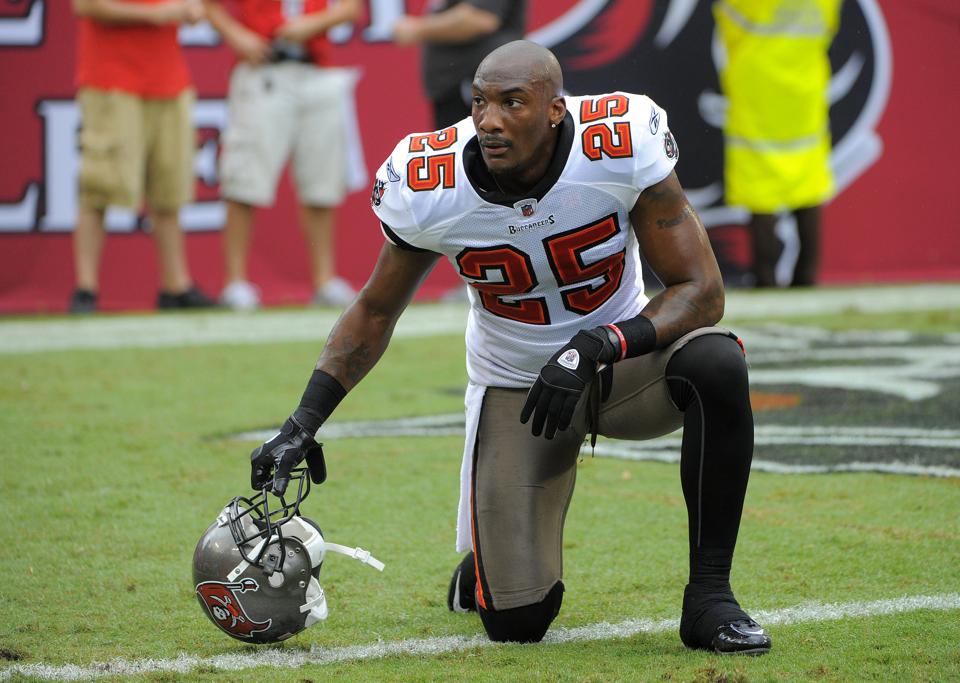 The Buccaneers have had 11 DUIs since 2000, as well as four drug charges and four instances of domestic violence. Former Patriots cornerback Aqib Talib was arrested on gun and assault charges while with Tampa Bay. 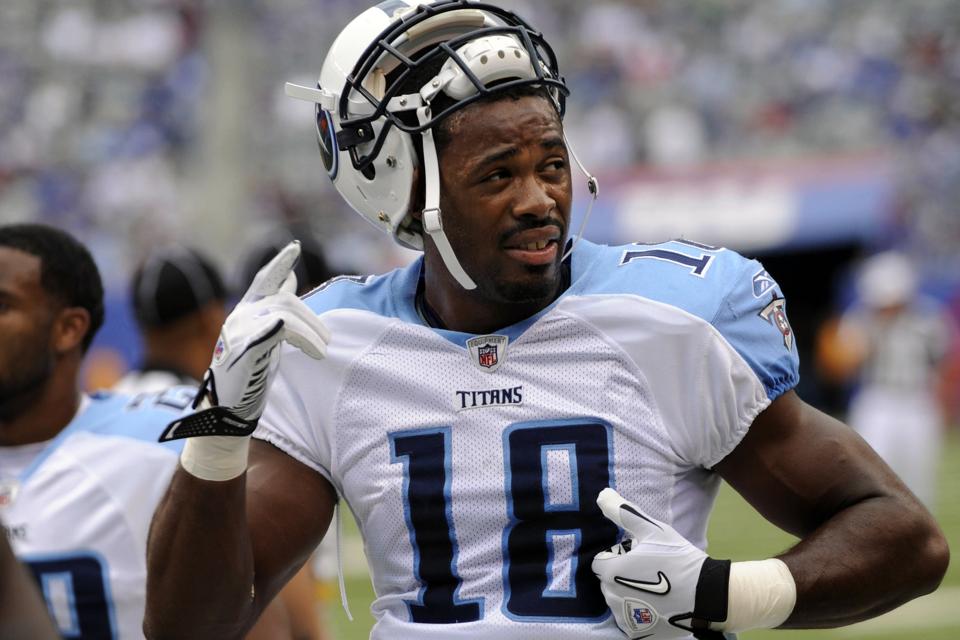 Kenny Britt, who has the second-most individual arrests since 2000 (seven times), was arrested six times within a span of two years with Tennessee. In total, the Titans have had 10 DUIs, four assaults and four domestic violence cases over that span. 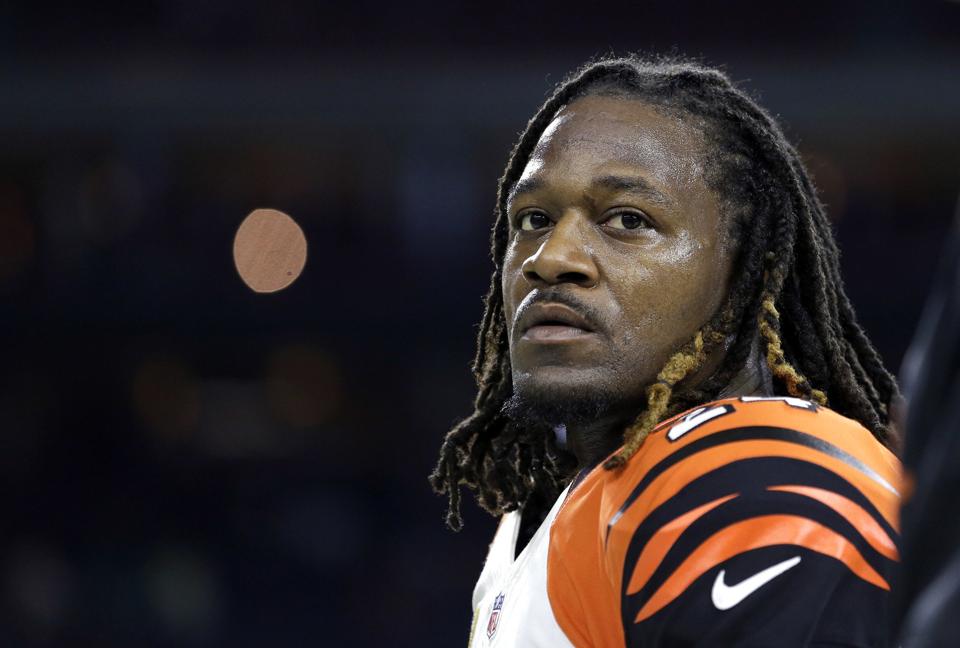 The Bengals currently employ Adam Jones, who has the most arrests of any NFL player since 2000 (10) and was even arrested earlier this year for poking a security guard in the eye. They also employed the player with the third most arrests since 2000, Chris Henry (6), who passed away in 2009. Overall, the Bengals have had nine assaults, nine DUIs and six domestic violence cases over the past 17 years. 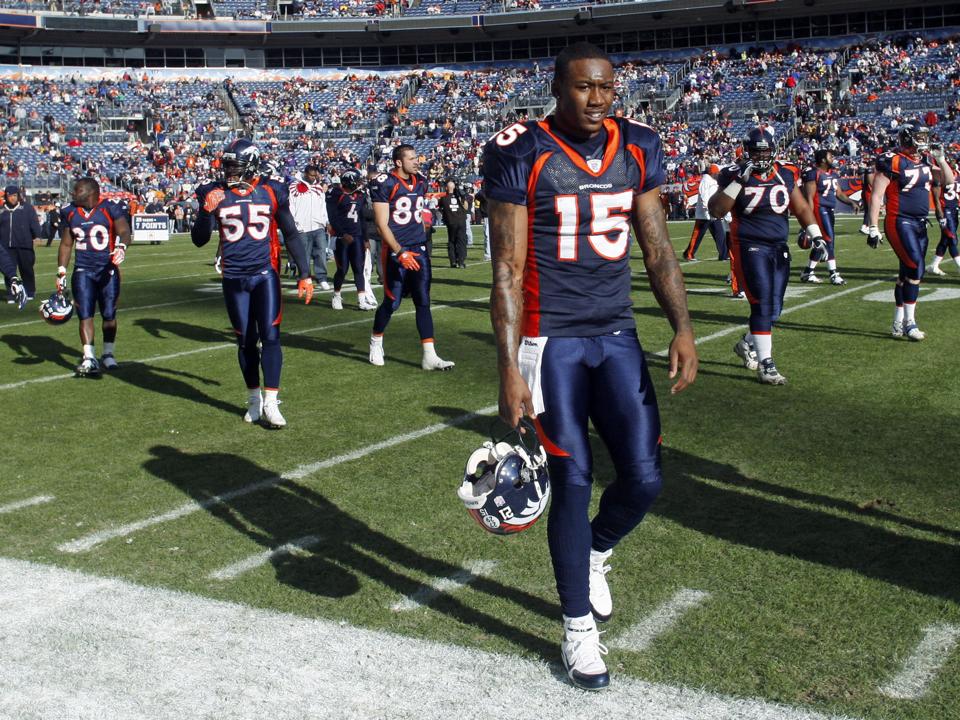 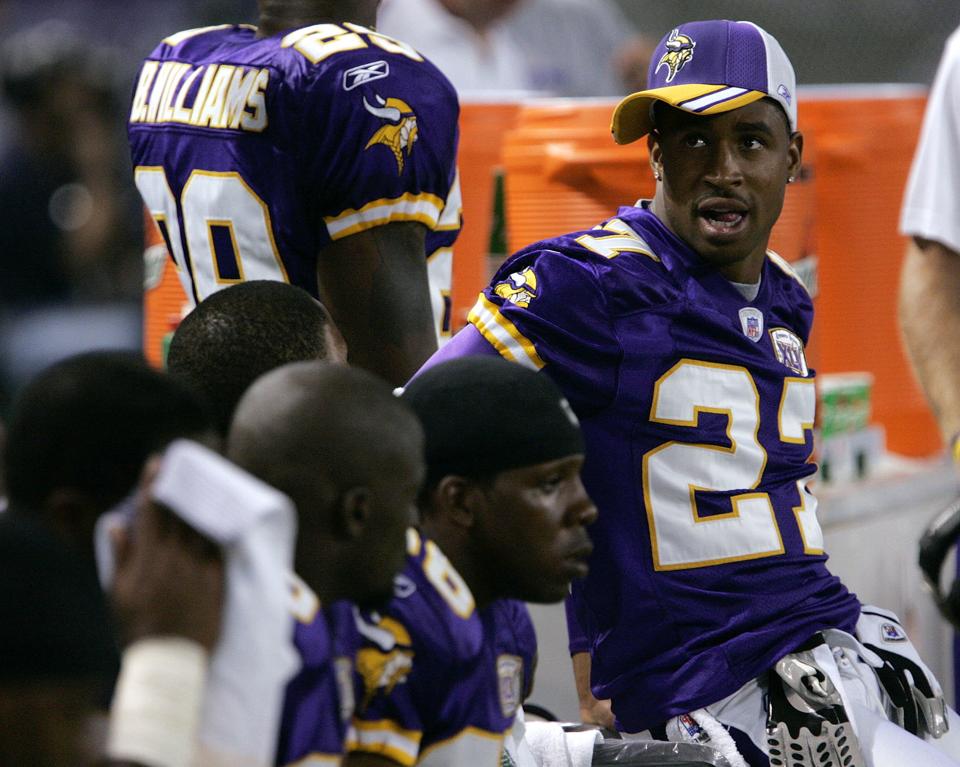 Perhaps the most notable of the Vikings’ arrests was the “Love Boat” scandal, during which Fred Smoot, Daunte Culpepper, Bryant McKinnie and Moe Williams were all arrested. Adrian Peterson’s child abuse case along with 18 DUI cases were also among the Vikings’ arrests over the years.