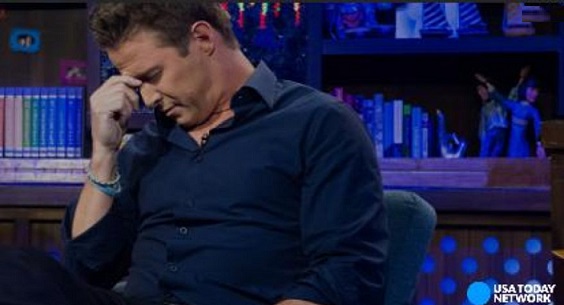 After the controversial audio between television host Billy Bush and Donald Trump was leaked to the media, Bush has been suspended from his new gig at the ‘Today Show’.

According to USA Today, Billy Bush, 44, was absent from the NBC morning show after the program suspended him indefinitely pending “further review” of his involvement with Donald Trump in a 2005 videotape in which the GOP presidential candidate Donald Trump, egged on by Bush, graphically discussed groping women.

The show briefly addressed their anchor’s involvement in one of the biggest news stories of the election during their coverage of Sunday’s second presidential debate between Trump and Democratic nominee Hillary Clinton, though the coverage did not overtly reference Bush at first. The tape itself was a major part of the night’s debate topics.

A reporter on-scene in St. Louis referred to “vulgar audio that’s thrown (Trump’s) campaign into crisis,” and during a news recap of the events of the debate referred to the audio as “part of a 2005 conversation with Billy Bush during Access Hollywood, which is presented by NBCUniversal.”

In a roundtable discussion with Today host Savannah Guthrie, Lester Holt (who was filling in for Matt Lauer) and NBC political correspondents Chuck Todd, Nicole Wallace and Steve Kornacki, the tape was obliquely referred to in reference to how Trump spoke about it during the debate. At the end of the discussion, Guthrie addressed Bush’s suspension.

“We want to note one other thing: Pending further review of the matter, NBC News has suspended Billy Bush, who now hosts Today’s third hour, for his role in the conversation with Donald Trump,” Guthrie said.

Later on the show Tamron Hall and Al Roker revisited the debate, but did not bring up Bush.

The news of Bush’s suspension broke Sunday night, when a memo was sent toToday staffers by producer Noah Oppenheim and obtained by USA TODAY from a source at NBC News who wasn’t authorized to speak publicly about the matter. The memo acknowledged that staffers at NBC have “all been deeply troubled” by the tape, which surfaced internally Monday but was first published by The Washington Postfour days later. The revelation has shaken up the presidential campaign and become a source of embarrassment for the network. On Saturday, NBC had said Bush would appear on the show Monday, but changed course.

“Let me be clear: There is simply no excuse for Billy’s language and behavior on that tape,” Oppenheim wrote. “NBC has decided to suspend Billy pending further review of this matter.”

Bush apologized for his language and behavior in the tape on Friday,  saying he was “embarrassed and ashamed.” “It’s no excuse, but this happened eleven years ago — I was younger, less mature, and acted foolishly in playing along. I’m very sorry,” he added.