Proving once and for all that fake news and conspiracy are no hindrance to soaring ratings, MSNBC host Rachel Maddow has just enjoyed her most-watched week of all-time.

Maddow has made a name for herself as one of the most prolific conspiracy theorists in mainstream news when it comes to all things Trump and Russia-related.

Her laser-focus on Russia has even become the stuff of news reporting itself, with The Intercept, The Nation and Paste magazine all publishing pieces questioning Maddow’s single-minded obsession and her “all roads lead to Moscow” approach to journalism.

In celebration of the ratings milestone, RT took a look at some of Maddow’s greatest Russia hits – or misses, depending on how one looks at them.

It barely needs mentioning that Maddow is a true believer in the unproven theory that President Donald Trump is a pawn of Russian President Vladimir Putin and that the two conspired to have the former elected as president in 2016 (or, as she put it, that the Trump presidency might be a “Russian op”) – so RT took a look at some of her more specific theories instead. 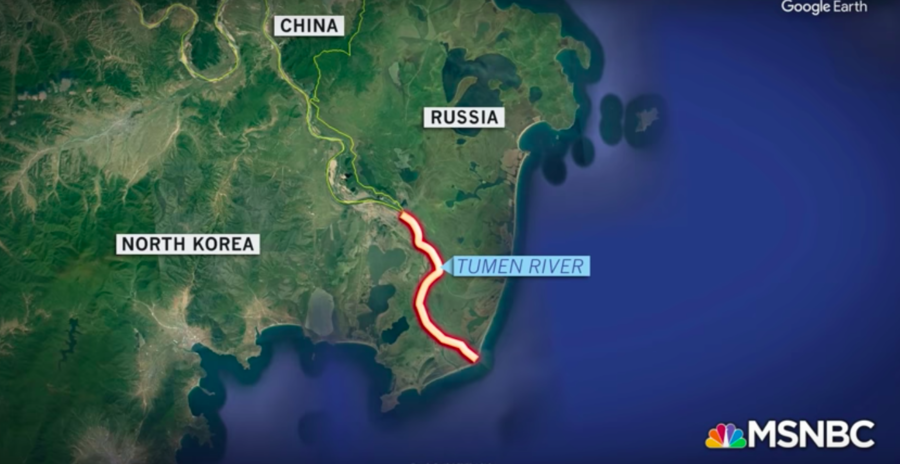 In a true journalism scoop by any standards, Maddow revealed in June (after much Google Maps research, no doubt) that Russia shares a border with North Korea. After a three-minute-long build up, packed with serious implications that she was about to impart some hugely significant piece of information to her viewers, Maddow revealed the geographical fact, which anyone with access to a map could have discovered on their own – and which most geographically-aware humans hopefully already knew.

It was all part of an 18-minute-long attempt to prove that the person who benefits most from good relations between the US and North Korea is actually Vladimir Putin – and that he secretly controlled the whole Singapore summit between Trump and North Korean leader Kim Jong-un, no less.

So after dramatically revealing to her audience that North Korea has a border with Russia — gasp — Maddow tonight went on an extended dot-connecting monologue where she darkly intimates that maybe somehow the real beneficiary of the Trump/Kim summit was… PUTIN. Beyond parody pic.twitter.com/a9bEwWn6l1

In March last year, Maddow decided to reignite the conspiracy that RT had some kind of advance knowledge that whistleblower website WikiLeaks was going to publish a new batch of Podesta emails and what would be in them. Her evidence? That RT’s Twitter account posted about the emails 19 minutes before the WikiLeaks account did. RT was “magically able to tweet” about the new emails “before WikiLeaks released them,” she claimed.

The real story is less exciting. Turns out, superhuman RT reporters found and published it because the docs had already been posted to the WikiLeaks website – before the WikiLeaks Twitter had gotten around to posting the link. In other words, RT was doing some journalism while Maddow was, well, doing whatever it is that Maddow does.

3. Rex Tillerson was a Putin puppet!

Former US Secretary of State Rex Tillerson’s appointment was a “dream for Putin,” according to Maddow, who seems to be fond of implying that various public figures are secretly beholden to Moscow.

Maddow’s reasoning was that Tillerson’s less-than-prominent role in the State Department meant that Russia had requested actions from Trump that would “weaken the parts of America that most annoy” Putin. Trump’s decision to put “a friend” of Putin in charge at the State Department seemed to fit that theory, she said. 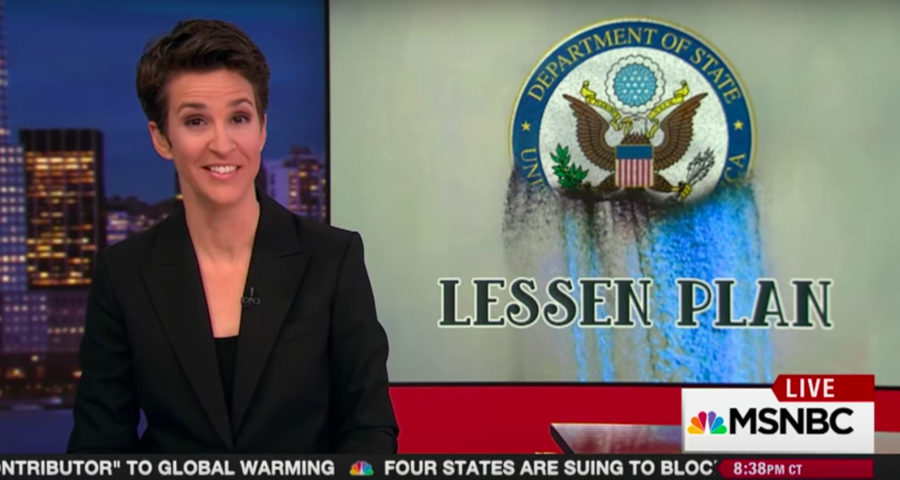 Tillerson was later fired by Trump on Twitter after the two clashed on various foreign policy issues and after Tillerson allegedly called Trump a “f*cking moron” following a meeting in July. So, it appears he wasn’t part of some Trump-Putin plot to weaken the US, after all.

4. We don’t do saber-rattling – evil Russia & North Korea do!

Outraged at Trump’s suggestion that the US hold a military parade in Washington last year, Maddow said that flaunting the military was something that would look “a little weird” to American eyes, because it was “not something that we do” in the US – unlike in those rogue nations like Russia, North Korea and China that like to show off their “military prowess” to the world.

That’s just not something Americans are used to, she said. In a piece for Paste magazine, Eoin Higgins wrote: “It’s hard to know how Maddow would describe the constant flyovers by Air Force jets at football games, the honoring of fully dressed Marines at baseball games, or the numerous holidays the United States has that involve the strutting of US military machines, personnel and paraphernalia.”

Possibly Maddow’s biggest Trump/Russia fail ever was the bombshell she claimed she had regarding Trump’s personal tax returns. One March day last year, Maddow tweeted a serious teaser for her audience. It was a clear statement of fact: “We’ve got Trump tax returns,” she wrote, imploring viewers to tune in later that night and even adding “(seriously)” in brackets to really drive home what a big deal this show was going to be.

Perhaps after someone advised her to tone it down, the backtracking began: “What we’ve got is from 2005…the President’s 1040 form…,” she clarified. In less than an hour she went from having all of Trump’s tax returns to having one form from one year of his tax returns. And… the story itself turned into a total flop when the form in question revealed that Trump had indeed paid taxes that year – the opposite of what his critics were hoping to find. Maddow later criticized her own viewers, saying she had not caused unnecessary hype with her tweet, but that they had simply“leapt” to conclusions.

Keep up the great work, Rachel.